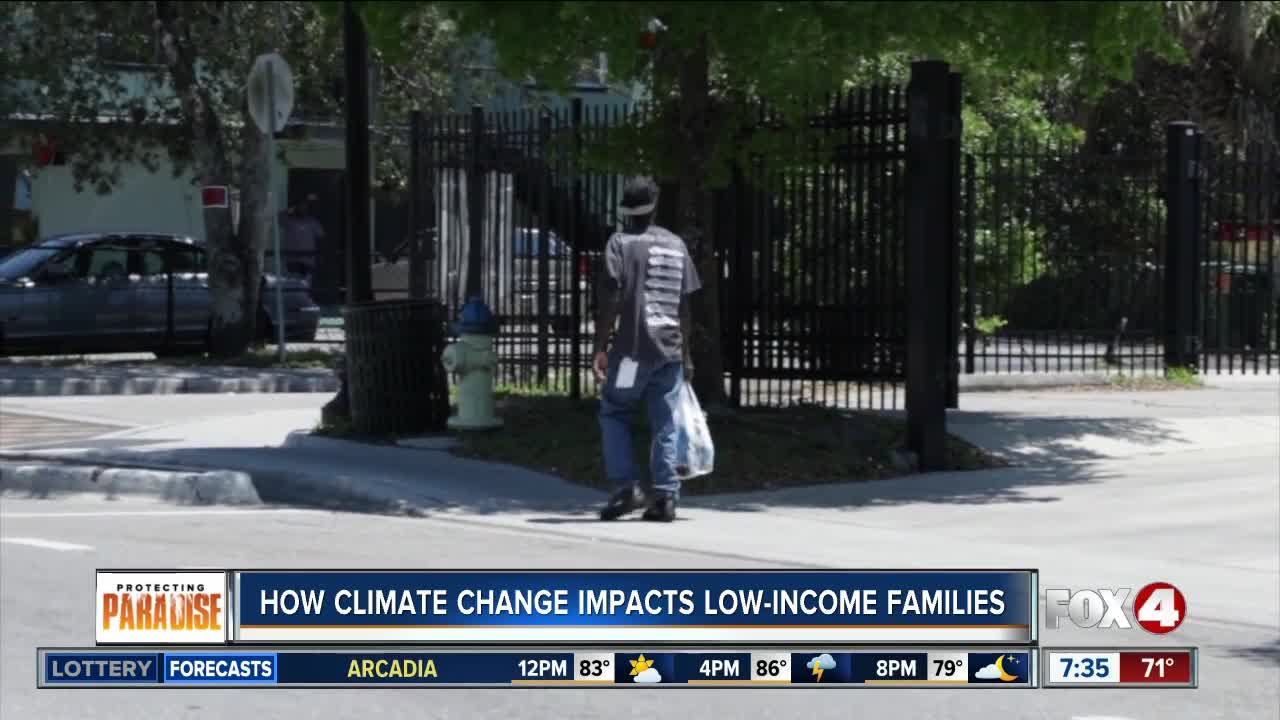 Even though everyone can feel how hot it is, certain groups are more at risk for serious health effects, like low-income communities. This is because of multiple factors, but a few include flood zones, a person’s occupation, and proximity and access to resources like air conditioning. 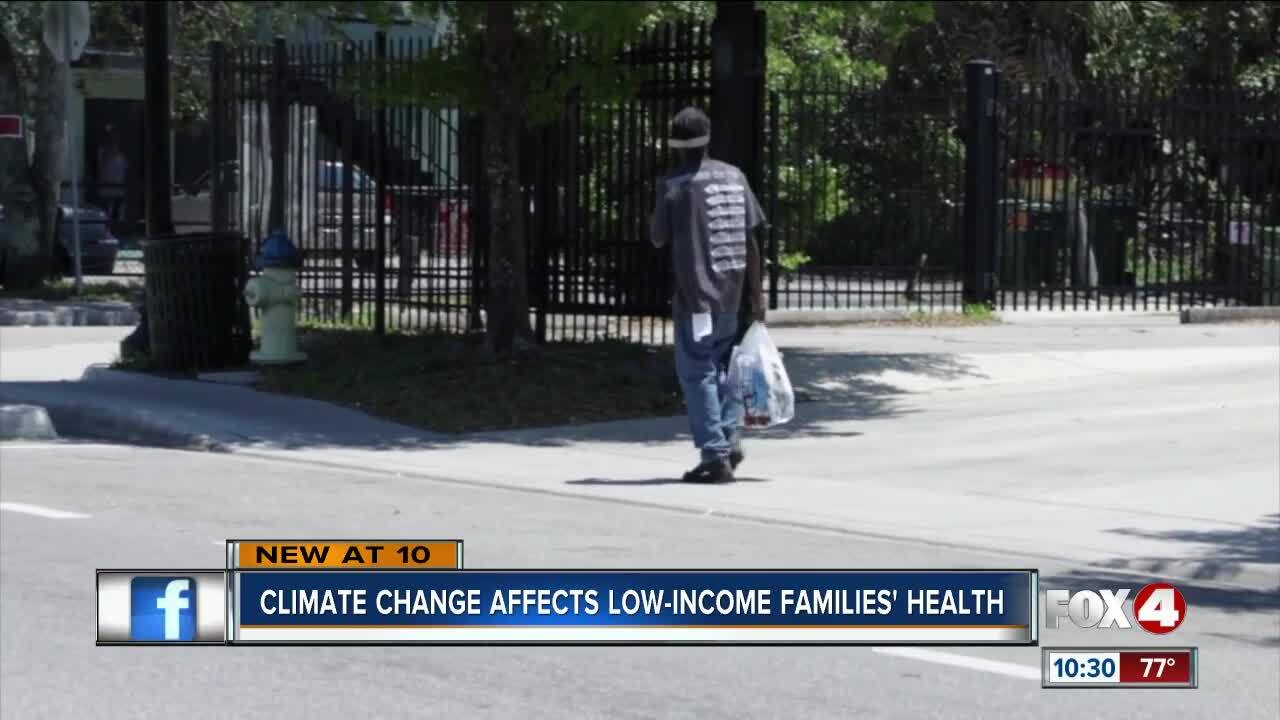 Ann Jackson was born with sinus problems. But in the last few years, her leaky nostrils have grown unbearable.

“The pollen has been high this last year — last summer and this summer it’s been high... and there’s no way around it because you have to come outside,” Jackson said.

She lives in northern Sarasota, a low-income area where most people use bicycles for transportation. Most in these neighborhoods still walk by foot or bike to places like work or school, even with temperatures reaching record levels.

“The heat is getting uncontrollably hot. To the point of you don’t even want to come out in it. Last year was like death heat to me,” Jackson said.

There are numbers to back it up, according to the National Resources Defense Council since the year 2000, temperatures worldwide are rising exponentially. Global average temperatures have increased by 1.1 degrees Fahrenheit in the last century, warming faster than at any other point during the previous 1,000 years.

These rising temperatures have a substantial effect on coastal regions, especially southern states, that already deal with scorching temperatures and thick humidity in the summers.

And even though everyone can feel how hot it is, certain groups are more at risk for serious health effects, like low-income communities. This is because of multiple factors, but a few include flood zones, a person’s occupation, and proximity and access to resources like air conditioning.

The environment a person lives in is also a factor, says Dr. Randall Morgan, an orthopedic surgeon in north Sarasota.

“If there’s a negative environment where you live, that is really, very impactful. And it can tend to be transferred through generations,” Morgan said.

The health effects of climate change are diverse, but that’s due to the diversity of a changing climate. Whether it’s the heat, sea levels, natural disasters, all have significant if not detrimental impacts on local communities.

“Their outcomes are worse; their life spans may be less because of the environment having a negative effect on a condition that already is more frequent in that group of people,” Morgan said.

Morgan is also a member of Florida Clinicians for Climate Action, a coalition of health professionals spreading awareness about the impacts of climate change on human health, especially those in vulnerable populations. The group was founded in 2018 at a conference consisting of clinicians teaching the health effects of climate change in low-income Floridians.

Morgan says finding solutions for low-income Floridians is one of the missions of FCCA.

“We as a society have a responsibility to change whatever factors there are that are making it more difficult for them to be healthy and to live long lives,” he said.

But in areas like north Sarasota, people are more concerned with their next paycheck than a changing climate.

“Their focus is not the heat. Whether it’s the heat or whether it’s if they need air conditioning, their focus is making sure they have enough money to pay their bills and get what they need in order to survive,” said April Glasco, founder of Second Chance, Last Opportunity, a nonprofit organization that helps low-income families in north Sarasota.

Glasco speaks with people in her community every day, but she believes it’s not just the rising temperatures that are the problem. Access to affordable water and healthy foods are limited in the neighborhoods surrounding her business, making the people in the area eating unhealthy and not staying hydrated.

She compares to them walking only a short distance to the nearby gas station rather than the closest grocery store that’s a few miles away.

“The soda may cost 50 cents, and the bottle of water may cost a dollar. So if they have that 50 cents what do you think that they’re going to purchase?” Glasco said.

Staying hydrated is crucial at any temperature, but especially when humidity and Florida heat are factors.

“Where there can be heat cramps, there can even be heat strokes, but certainly significant dehydration,” Morgan said.

Even just breathing the thick air can cause health issues.

“Still, 8-10 hours of heat in this level along with the other causes of respiratory disease can be a problem,” Morgan said.

For more information about Florida Clinicians for Climate Action, visit their website at https://states.ms2ch.org/fl/fcca/.