Fourth of July travel 2018: Tips to handle the crowds 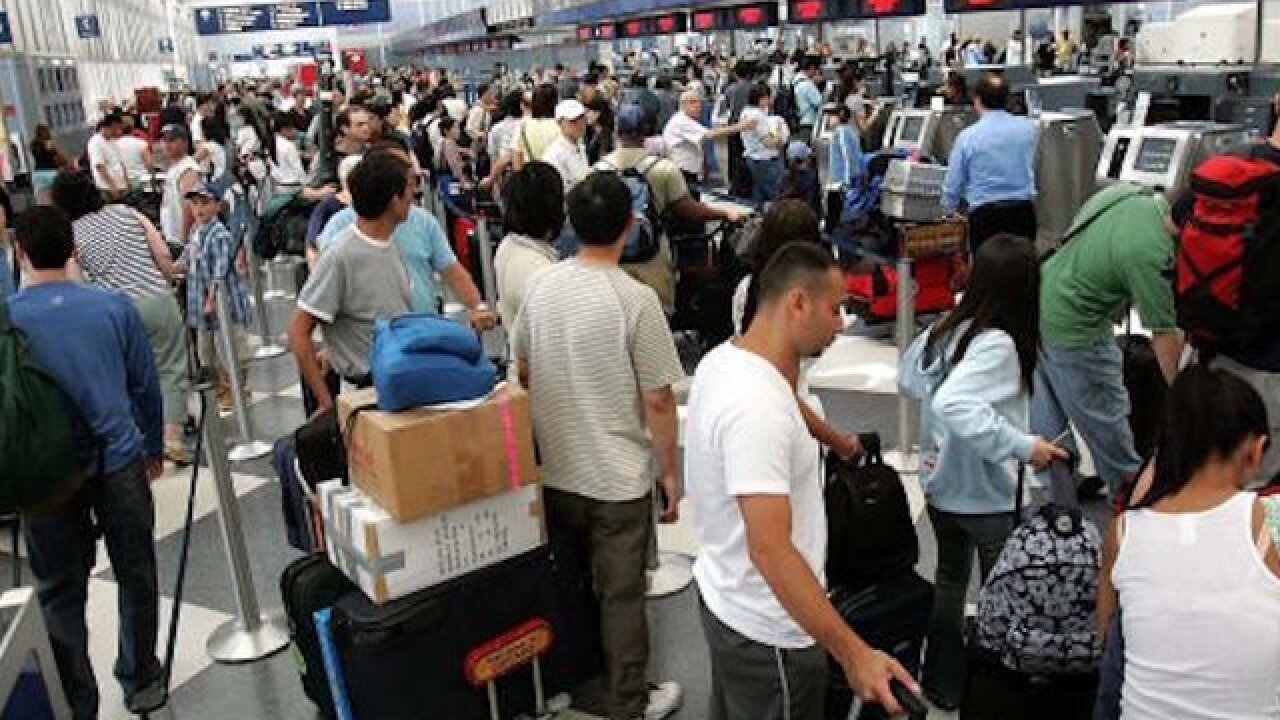 So you're off to your Fourth of July destination and you feel like you're sharing the road, a train or plane with way too many folks. Well, it's probably not your exasperated imagination at work.

This is a big travel holiday for the USA -- to the tune of an estimated 46.9 million people expected to haul themselves and their cohorts 50 miles or more in 2018, according to Julie Hall of AAA. This is a 5% increase compared with last year and the highest number since AAA started tracking 18 years ago, Hall says.

To help you picture this mass movement -- imagine every person in California, Tennessee and Vermont on the go this July 4 holiday. That's about what you'd have.

Here's a quick AAA breakdown of how we're expected to be getting from place to place over this holiday:

Expect some crowded conditions on the road on Tuesday, July 3. Some of America's most congested cities are going to be even more congested, AAA predicts. Among the cities expected to have up to double the commute times Tuesday afternoon and evening are Atlanta, Detroit, Houston, New York and Washington, D.C.

At most locations, peak travel will start to ease off after 6:30 p.m.

"Although travel times are expected to nominally increase throughout the week, Tuesday afternoon will hands down be the worst time to be on the road," said Scott Sedlik, general manager and vice president, public sector at INRIX, a company that collects transportation data.

"Our advice to drivers is to avoid peak commuting hours altogether or consider alternative routes."

Filling up that tank? AAA says July 3 gasoline prices are an average of $2.86 a gallon across the country.

Drivers will find some of the cheapest gas in Alabama and South Carolina at around $2.53 a gallon. New York and states out West have the highest prices. Filling up in California will cost you an average of $3.66 a gallon.

The good news: "Gas prices have slowly but steadily started to fall since the 2018 high of $2.97 set over Memorial Day weekend," Hall says.

Hall shares some driving tips for July -- and really for anytime during the summer:

-- Be road-trip ready. Nothing derails a road trip faster than an unexpected breakdown. Test your battery, look for engine coolant leaks and check your tires.

-- Know before you go. Map your route in advance and know exactly where you are going. Program the GPS before you get on the road.

-- Eyes on the drive. Put aside electronic distractions. Designate a passenger to answer incoming calls and send or respond to text messages.

-- Pack an emergency kit. Carry a mobile phone and car charger, a flashlight with extra batteries, a first-aid kit, a basic toolkit and drinking water and snacks.

If you're one of those 3.8 million people who are taking to the skies to set a new record in 2018, here are some tips from the Transportation Security Administration:

-- Stay hydrated. You can bring your empty water bottles and fill them up in the gate area. They don't need to be clear. They can be metal, plastic, etc.

-- Know rules about carry-on liquids, deodorants and sunscreen: For instance, did you know stick deodorant is not limited to 3.4 ounces or less, but gel or spray deodorants are?

-- Know what's in your bag: Don't ruin your July 4 trip by forgetting about those fireworks you're toting around! You can't take them in carry-on or checked luggage. Check here for a complete list of what is and is not allowed on airplanes.

CNN meteorologist Tyler Moore says travelers in the Southeast should be on the lookout for pop-up thunderstorms over the holiday. And unsurprisingly, it's going to be hot across much of the United States east of the Rockies. Travelers around the Dallas, Texas, area can expect temperatures above 100˚ Fahrenheit on Tuesday.

Get a forecast for your location at CNN Weather.