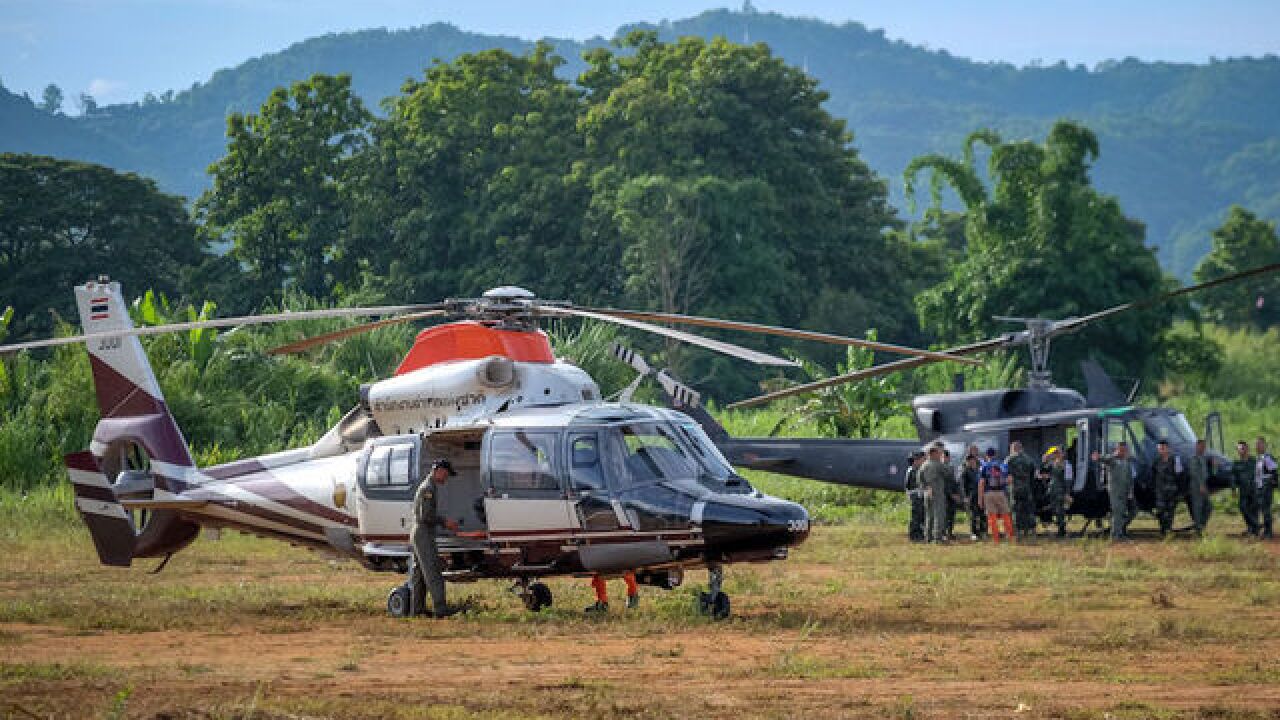 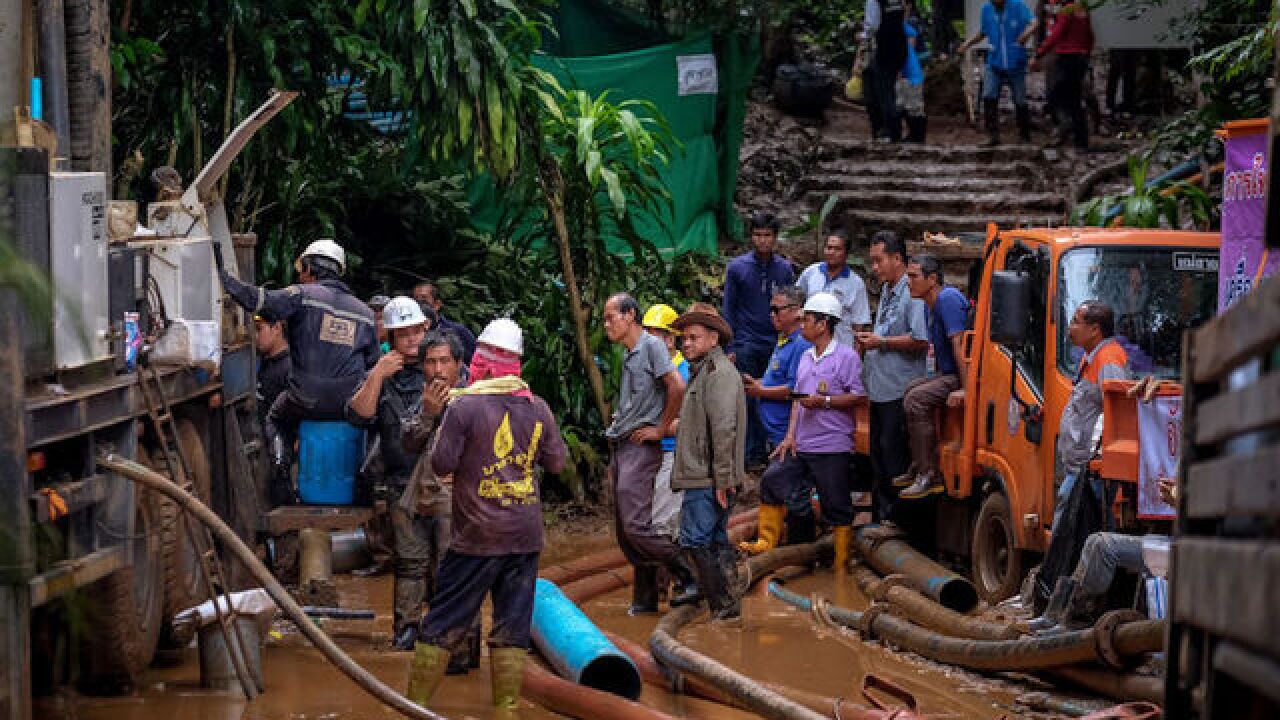 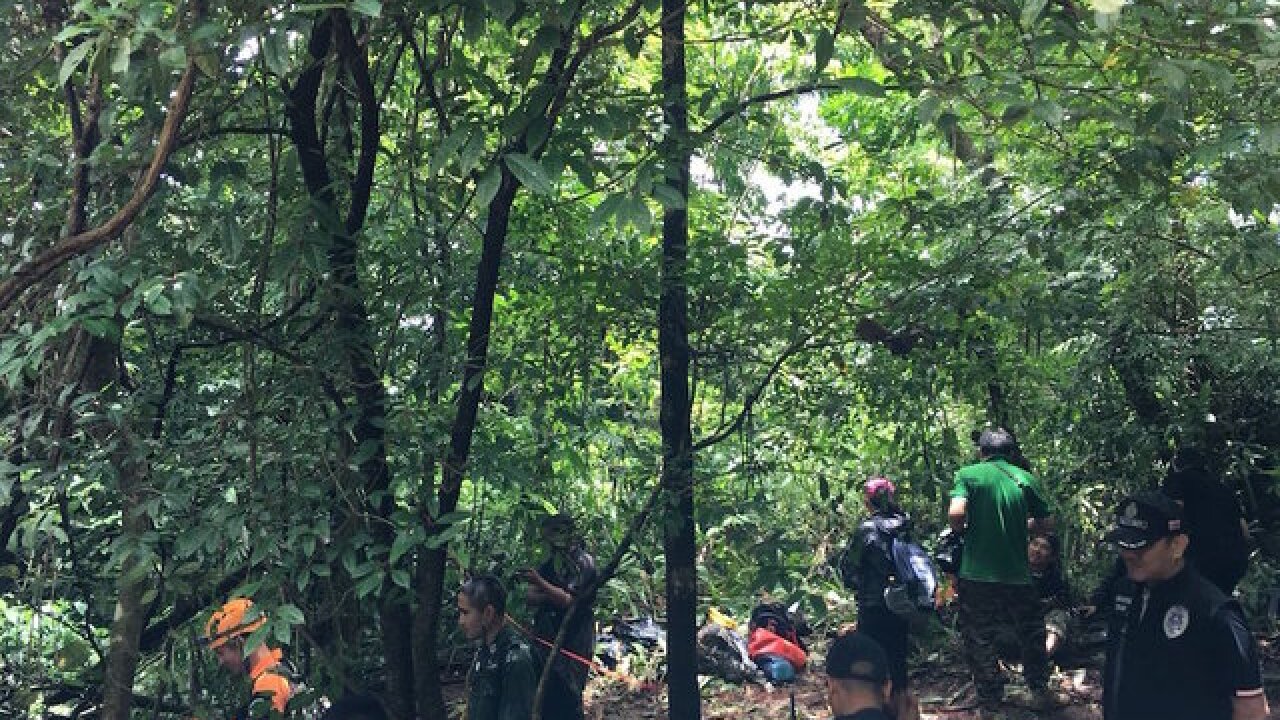 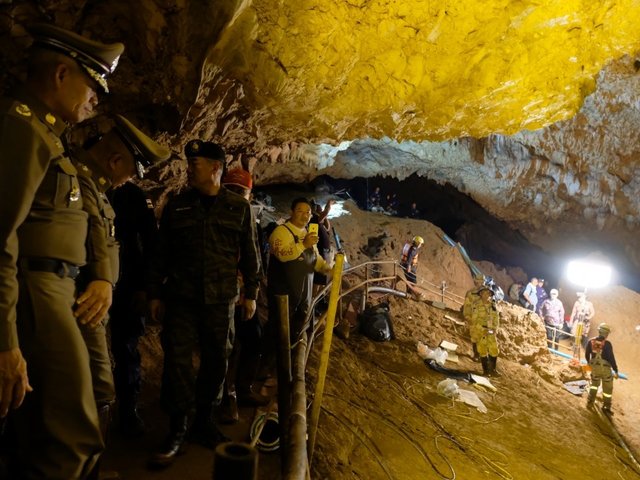 Rescue teams have found all 12 boys and their soccer coach alive in a cave in Thailand nine days after the group went missing, according to a high-ranking person involved in the search and rescue operation.

The boys, who range in ages from 11 to 16 years old and are all members of the Wild Boar soccer team, entered the Tham Luang Nang Non cave system on Saturday, June 23, for a team outing, but became stranded in the dark tunnels by a sudden and continuous downpour.

The international rescue operation -- which includes the Thai Navy SEALs as well as experts from the US, China, Australia and the UK -- had been working to reach a large, deep chamber, informally named Pattaya Beach, where they believed the missing boys had taken refuge.

"I confirm they are all safe," Chiang Rai Governor Narongsak Osottanakorn told reporters on Monday night.

Osottanakorn said the rescuers had managed to reach Pattaya Beach and found that it was also flooded. The Thai Navy SEAL divers continued a further 300 to 400 meters where they located the team.

The team was seen for the first time in 10 days in a video posted to Facebook by Thai Navy SEALs. In the almost 5-minute clip, the boys are illuminated by torchlight while a rescuer can be heard speaking to them.

"How many of you?" One of the rescuers calls out in English, before a faint "Thirteen!" is heard in response.

"Thirteen? Brilliant!" the rescuer says, before continuing: "We are coming, it's OK, many people are coming ... we are the first."

The boys ask what day it is. "Monday, you have been here 10 days, 10 days," the rescuer explains. "You are very strong, very strong."

Amid the emotional discovery, Governor Osottanakorn warned that the mission is "not done yet" and a medical team needs to enter the cave network to assess the boys.

"We will drain all water out from the cave then we will take all 13 people out of the cave. We are now planning how to send nurse and doctor inside the cave to check their health and movement. We will work all night," Osottanakorn said.

Next phase of rescue

In Thailand, the search efforts have captured the public's attention with wall-to-wall media coverage as many waited with bated breath for a positive outcome.

Outside the cave system, there were exhausted but jubilant scenes on Monday night. Families -- many of whom have maintained a constant vigil since the team went missing -- could be seen cheering the good news on a live feed from the Facebook page of the Chiang Rai provincial Public Relations Department.

Tim Newton, a journalist based in Phuket, told CNN getting the team out of the cave will be the next challenge and that it will take time.

"Now they've got to try and figure out how to get these 13 very weak footballers out of the caves and that is going to be an enormous task," Newton said.

"They've got some medical doctors who are also divers, who are ready to get into the caves. They clearly want to stabilize the boys before they try and bring them out.

"There is some talk they may try to bring them out as early as tomorrow but the most important thing is try and stabilize them," he added.

Pat Moret, a rescue consultant, added the team will likely need a lot of medical treatment before they can be moved.

"They'll need fluids replacing possibly feeding. They're going to need reheating. They've possibly been lying still for days now. And sensory faculties won't be what they should be. So I would think that they're not really fit to move for maybe 12 hours or so really."

Even after that, the kids and their coach may need to dive to get out of the cave, Moret added.

"Worst case scenario is that they have to dive them out. So they're being fully immersed in water, wearing what we know is a full face mask or maybe even some sort of commercial dive helmet to make it a little less stressful for them. But it will be a truly terrifying experience," Moret said.

A park officer first sounded the alarm after spotting the boys' bicycles near the entrance to the off-limits cave complex.

The cave labyrinth is popular with tourists and for the first kilometer (0.6 miles) or so inside the cavernous entrance, limestone rock formations, huge high ceilings, creating an almost amphitheater-like atmosphere.

Late last week trekkers discovered a hidden opening deep in the jungle giving an alternative point of entry to the cave system.

The natural chimney, around 1.5 meters in diameter and at least 22 meters (72 feet) deep, was found to the north of the opening of the cave, where the boys' bikes were found last Saturday.

Update: The spelling of the Chiang Rai Governor's name has been updated to reflect the latest information from the province's Public Relations Department.