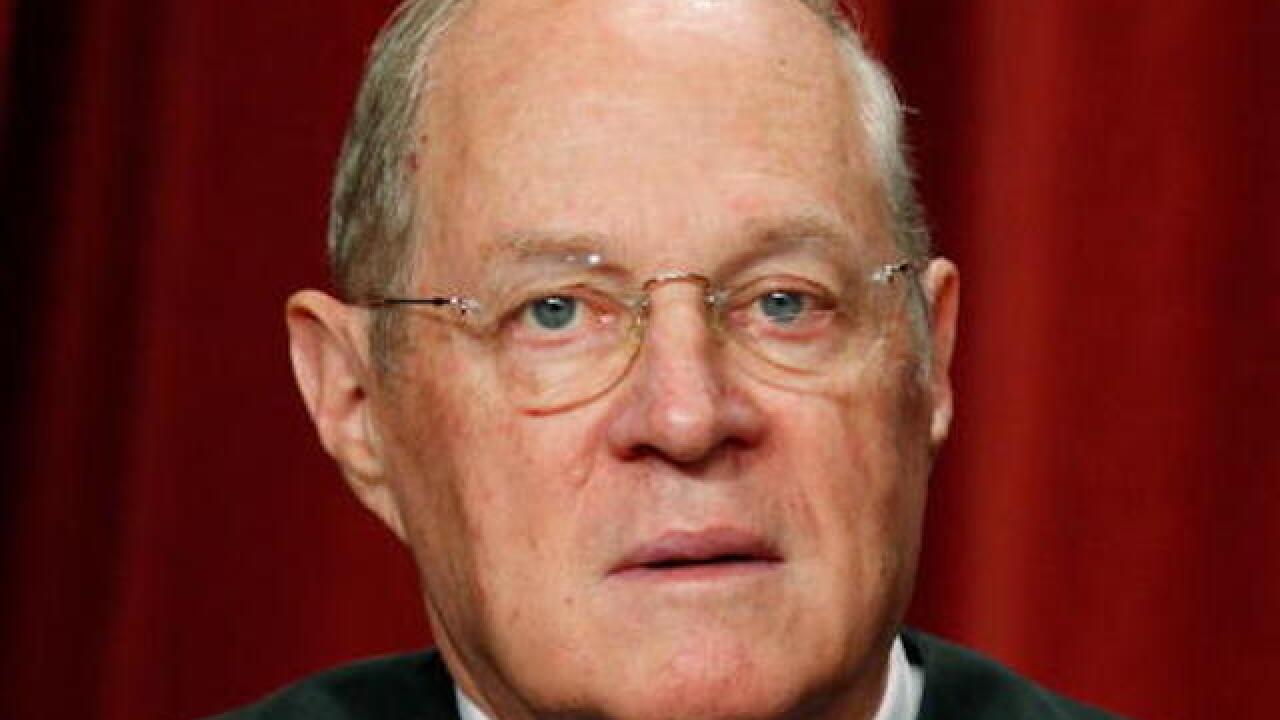 Justice Anthony Kennedy, a conservative who provided key votes for same sex-marriage, abortion access and affirmative action, will retire from the Supreme Court.

The retirement is effective July 31, Kennedy said in a letter to President Donald Trump on Wednesday.

Kennedy's decision to step down could transform the Supreme Court for generations. Trump will have his second opportunity to nominate a justice and will likely replace Kennedy with a young, conservative jurist. That would create a bloc of five staunch conservative justices who could move the court further to the right and cement a conservative majority for the foreseeable future.

The nomination battle will likely ignite a firestorm on Capitol Hill as it comes just a year after Republicans changed the rules of the Senate in order to push through the nomination of Justice Neil Gorsuch, Trump's first nominee.

Trump said he has held Kennedy in high esteem, and that a search for a replacement will begin immediately.

"He's been a great justice of the Supreme Court," Trump said, later adding, "He is a man who's displayed great vision, he's displayed tremendous vision."

Trump and Kennedy met shortly before the announcement was made.

"(We) had a very deep discussion. I got his ideas on things," Trump said in the Oval Office. "I asked him if he had certain people he had great respect for that could potentially take his seat."

Senate Majority Leader Mitch McConnell, who blocked President Barack Obama's nomination of Merrick Garland in 2016 until the presidential election was held, paving the way for Gorsuch, said the Senate will move quickly.

"We will vote to confirm Justice Kennedy's successor this fall," McConnell said Wednesday.

Recalling McConnell's action, Illinois Democratic Sen. Dick Durbin called for a delay until after the midterm elections this fall.

"Sen. McConnell set the new standard by giving the American people their say in the upcoming election before Court vacancies are filled," Durbin said in a statement. "With so much at stake for the people of our country, the US Senate must be consistent and consider the President's nominee once the new Congress is seated in January."

Kennedy, 81, controlled the outcome of cases on hot-button issues like no other justice in recent history, as he often was the "swing vote" between the four liberal justices and the four more conservative justices.

A Ronald Reagan appointee who took the bench in 1988, Kennedy's most lasting legacy will most likely be in the area of gay rights. In 2015, in it was Kennedy who penned Obergefell v. Hodges, the landmark opinion that cleared the way for same-sex marriage nationwide.

"They ask for equal dignity in the eyes of the law and the Constitution grants them that right," Kennedy wrote.

Personal dignity and liberty are constant themes in Kennedy's jurisprudence as well as the limitation of federal power over the sovereignty of the states.

Kennedy disliked the label of "swing vote," but he did side with his conservative colleagues on issues such as campaign finance, gun control and voting rights. He also cast a vote with conservatives in Bush v. Gore, the 2000 case on disputed electoral results that cleared the way for the presidency of George W. Bush.

Kennedy authored the majority opinion in Citizens United v. FEC striking down election spending limits for corporations and unions in support of individual candidates -- an opinion that liberals and Democrats on the campaign trail vowed to overturn.

To the dismay of conservatives, however, he joined the liberals on the court in other areas.

Kennedy voted to reaffirm the core holding of Roe v. Wade in 1992, only to vote to uphold a federal ban on a particular abortion procedure in 2007.

Nine years later, he sided once again with the liberals on the court to strike down a Texas law that abortion rights supporters thought was the strictest nationwide. Without Kennedy's vote, the law would have been allowed to go into effect, inspiring other states to pass similar legislation.

In the same term, Kennedy pivoted on the issue of affirmative action when he voted for the first time in favor of a race- conscious admissions plan at a public university.

"You can't understand how important his affirmative action opinion is without understanding his earlier jurisprudence," Katyal said. "For decades, he has been the court's most eloquent voice on the need to be color blind -- why he changed his mind is something historians will debate for decades."

He reflected on his role in close decisions in a 2010 interview.

"If the case is close 5-4 and let's say you are on the side that prevailed with the majority, there are not a lot of high-fives and back slaps. There is a moment of quiet, a moment of respect, maybe even sometimes awe in the process. We realize that one of us is going to have to write out a decision which teaches and gives reasons for what we do."

Who's on the shortlist?

Trump Wednesday said he would select a replacement from the list of possible justices that he released during his campaign.

"We have a very excellent list of great, talented, highly educated, highly intelligent, hopefully tremendous people," he said in the Oval Office. "I think you see the kind of quality that we're looking at when we look at that list."

Possible top-tier candidates include Judge Brett Kavanaugh of the U.S. Court of Appeals for the D.C. Circuit and Judge Raymond M. Kethledge of the 6th US Circuit Court of Appeals, who are both former clerks of Kennedy. Judge Thomas Hardiman of the 3rd Circuit was interviewed by the President as a runner-up for the Antonin Scalia seat.

Also in the mix are individuals who Trump has already nominated for lower court seats. That includes Judges Amul Thapar and Joan Larsen, who sit on the 6th Circuit. Thapar has the support of Senate GOP leader McConnell.

Another potential is Amy Coney Barrett, who Trump nominated for a seat on the 7th Circuit.

And a wildcard is Utah GOP Sen. Mike Lee, a conservative who was on Trump's list.

Asked if he'd be interested in the job Wednesday, Lee noted that he "started watching Supreme Court arguments for fun when I was 10 years old."

Although for many years Kennedy served as the most important vote on the court, he was only the third choice of President Reagan in 1987. The Senate rejected Robert Bork after contentious hearings.

Judge Douglas Ginsburg dropped out after admitting he had smoked marijuana when he served as a law professor for Harvard.

But Reagan praised his choice when he introduced him to the country, calling Kennedy "that special kind of American who's always been there when we needed leadership."

Like Reagan, Kennedy lived his early life in California. He was a Catholic who was raised in a Republican family in Sacramento, and attended Stanford and Harvard Law School.

Kennedy is married to Mary Davis, and has three adult children.