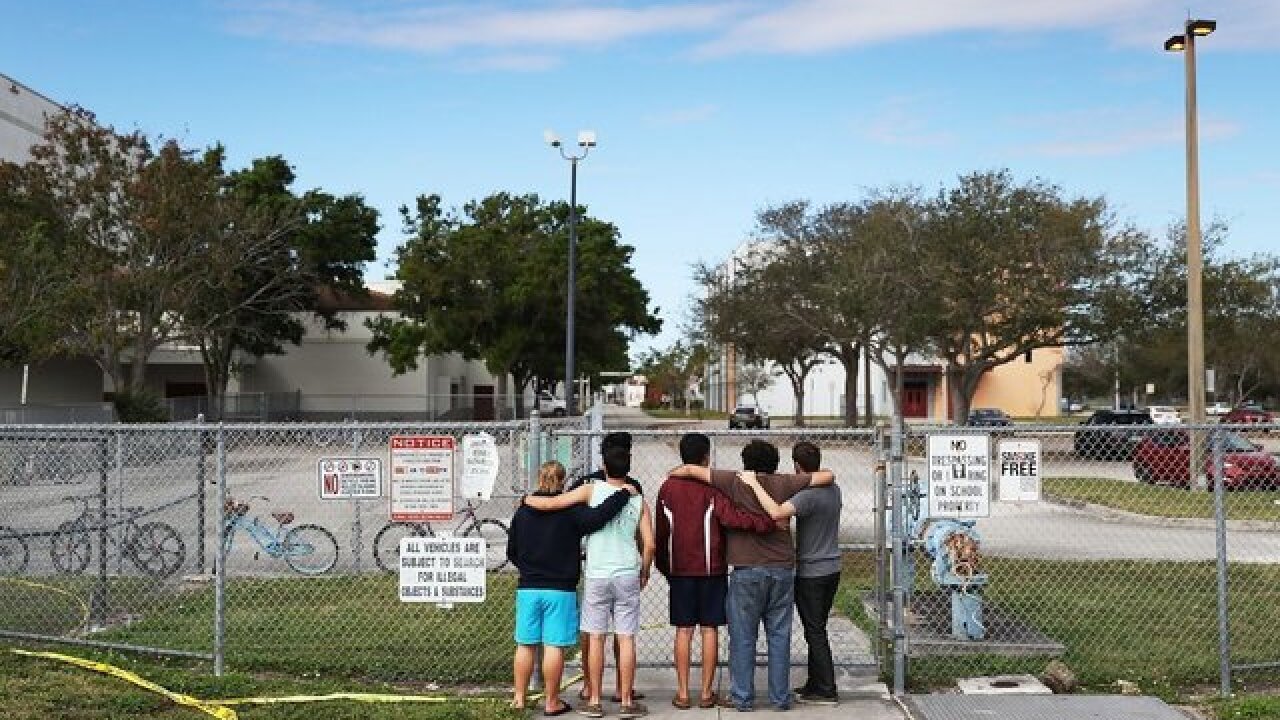 PARKLAND, Florida — A group of families is banding together to encourage compromise and conversation in addressing gun violence in US schools.

The families, all of whom lost loved ones in the mass shooting at Marjory Stoneman Douglas High School in February, on Thursday publicly launched an advocacy group called Stand with Parkland.

"As a group of families, we've suffered one of the biggest losses that anyone can suffer. And we just kind of wanted to figure out a way to make sure that it didn't happen to any other families," Debbi Hixon said. Her husband, Chris, the school's athletic director, was killed in the shooting.

Tony Montalto, whose 14-year-old daughter, Gina, was killed, said the idea to form the group came in late April and was built on their success in passing gun control legislation in Florida

Stand with Parkland wants to rally lawmakers of both parties and community members around three main issues: mental health screenings and support, responsible gun ownership and school safety enhancements. Although Montalto noted that the organization supports proper firearms training and licensing and maintaining a single point of entry in schools, he stressed the importance of discussion and compromise in coming up with more specific solutions for each of the focus areas. He told CNN he wanted those who are more moderate to be able to join and feel "empowered" to share their ideas.

"Our hope with Stand with Parkland is that we get the ideological middle of the country to come out and support us," Montalto said. "We've heard a lot about how we can't agree and what we don't agree on. We need to get folks in the middle to come together and work with our legislative leaders and our elected leaders to find what we can agree on. We need to have a discussion with one another; we need to listen to both sides."

Hixon said this model of discussion and compromise was effective when the families were working on gun legislation in Florida.

"If we can do it as a group of 17 people that have different political views and beliefs and all of these things, but there are some core things we can all agree on, why can't America do that?" she said.

Hixon and Montalto encouraged people, even if they haven't been directly affected by gun violence, to join Stand with Parkland.

"We would give anything to go back to February 13. We had happy families. We had whole families. And we don't have that now," Montalto said. "And people hear that it can happen anywhere, and you don't really believe that. We're here to tell you that it can happen to you. We're here to tell you that it's not a Republican problem; it's not a Democratic problem; it's an American problem."