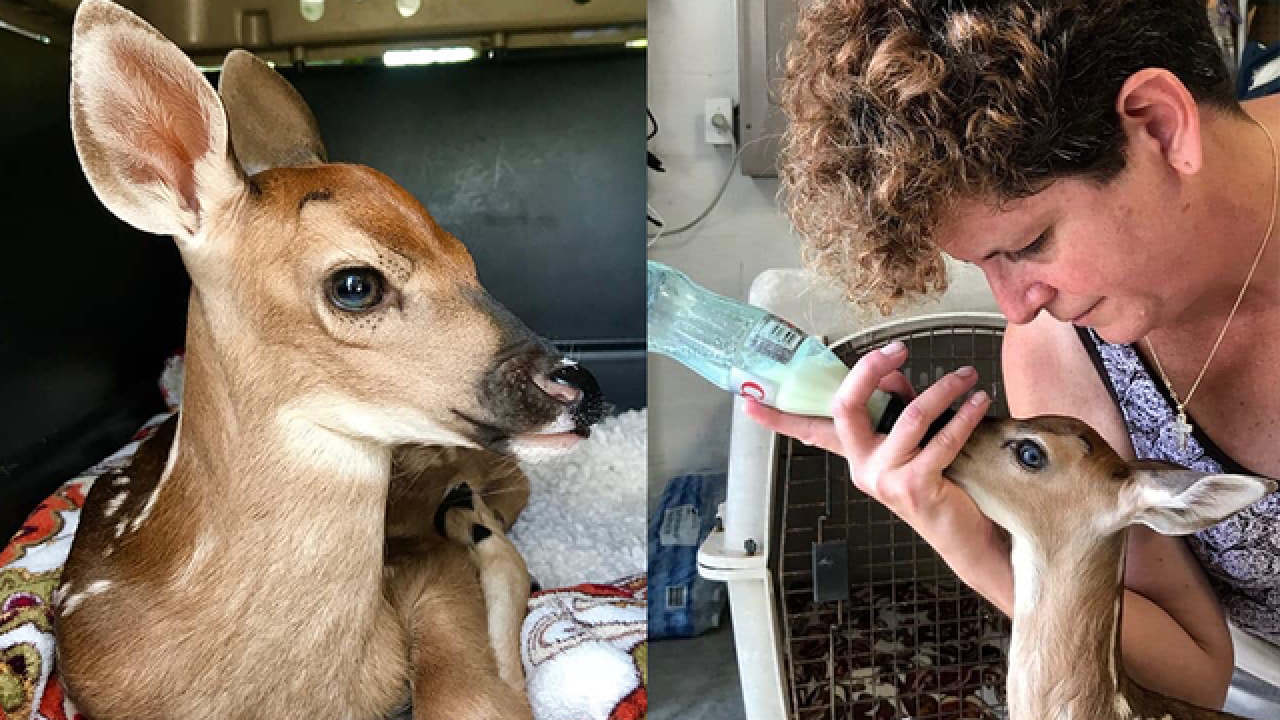 ARCADIA, Fla. — It's a real-life 'Bambi' story without the hunters.

A baby deer was taken in after her mother was hit by a car in Arcadia. The fawn was thrown into a ditch and left orphaned.

"She went one way in the road and the baby got thrown into the ditch on the opposite end," said Kris Porter, with Owls Nest Sanctuary for Wildlife.

A witness called Porter who quickly came and rescued the fawn.

"She definitely wouldn’t have been able to be replaced back with mom," said Kris Porter.

Porter gets dozens of calls a day about injured animals around the Tampa Bay Area. She's been bottle-feeding the fawn ever since.

"This little lady born on Sir Paul McCartney's birthday her name is Penny Lane," said Porter. "Those that know me, [I'm the] biggest Beatles fan ever!"

She says the fawn is extremely friendly and doing well. Hundreds of people saw the pictures Porter posted on Facebook and the comments have been pouring in ever since, thanking her for saving Penny Lane.

But, Porter says it's important to remember a mother deer will leave its baby hidden in a place for the day. Sometimes it's behind an air conditioning unit or even a front porch.

She says don’t approach the baby, and walk out a different door because they will follow you, and possibly veer away from the spot their mother left them.

"Anything that walks up on them, its mom," Porter said.

If the mom isn’t back by dusk, that’s when you should call someone.