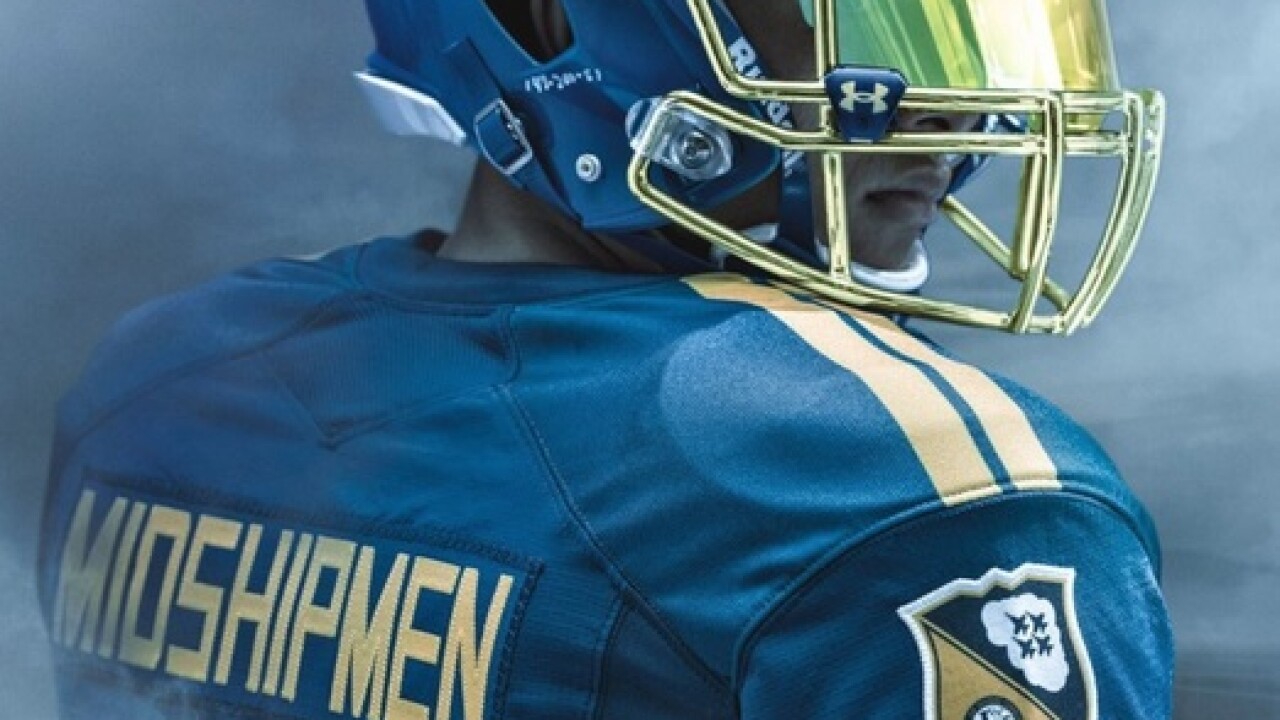 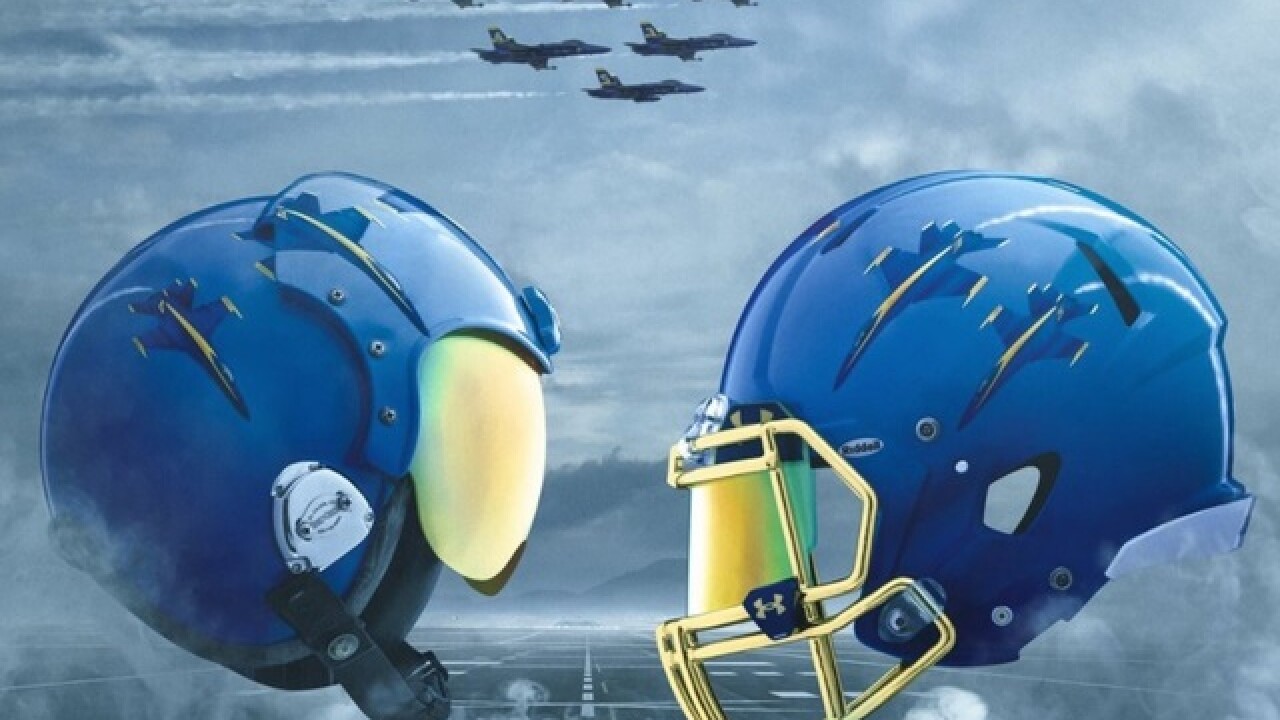 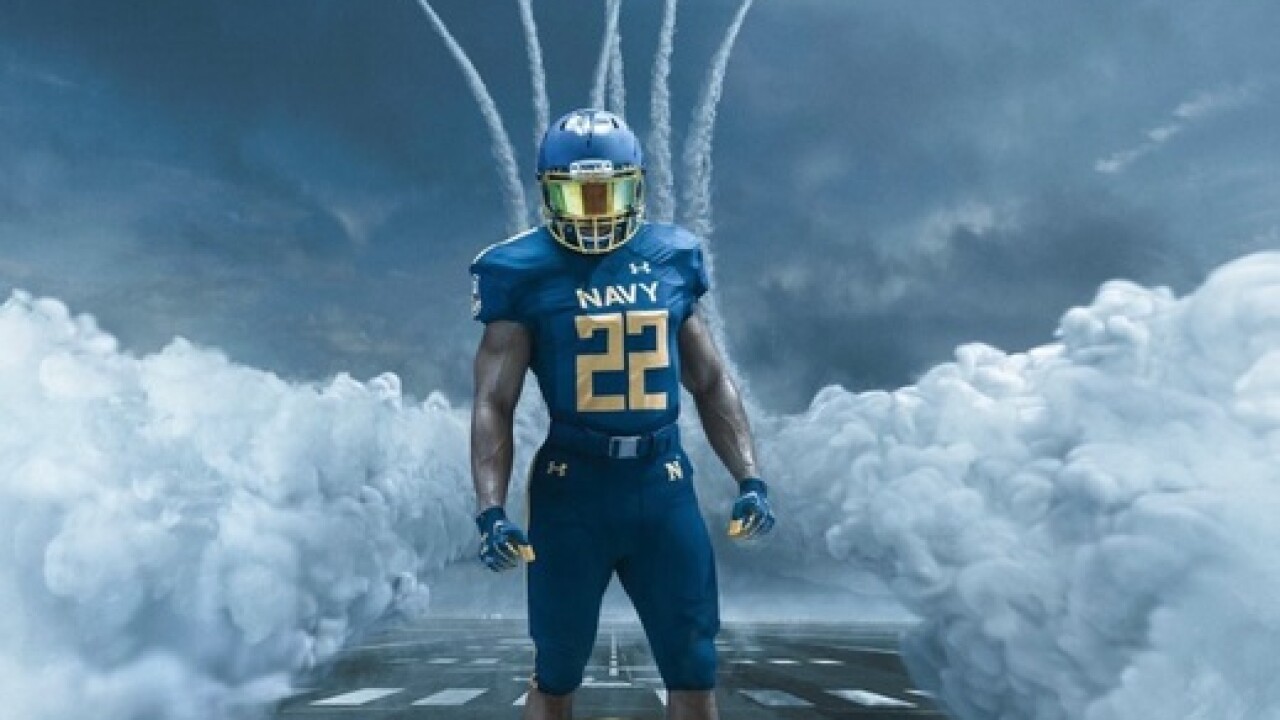 The U.S. Naval Academy is unveiling the team's specially-designed uniforms for the 118th Army-Navy football game.

Designed by Under Armour, the uniforms honor the Blue Angels --  the Navy's premier flight demonstration team.

They are the same blue with yellow stripes and feature a U.S. flag on the sleeve, like the Blue Angels flight suits.

The Midshipmen's helmets will be hand-painted, and feature six FA-18 Hornets in delta formation.

The players' chrome face masks are made to look like Blue Angels pilots' visors.

The Navy athletic director said "the uniform reflects the enthusiastic pride and appreciation we have for the Navy's premier flying team."

Army, sponsored by Nike, has yet to unveil their uniform design for this year's game.

It will be played in Philadelphia on December 9th.

Are you ready for #ArmyNavy ? @NavyFB will be wearing Blue Angels-inspired uniforms for the 118th Army-Navy Game! pic.twitter.com/qndiFz1tcQ