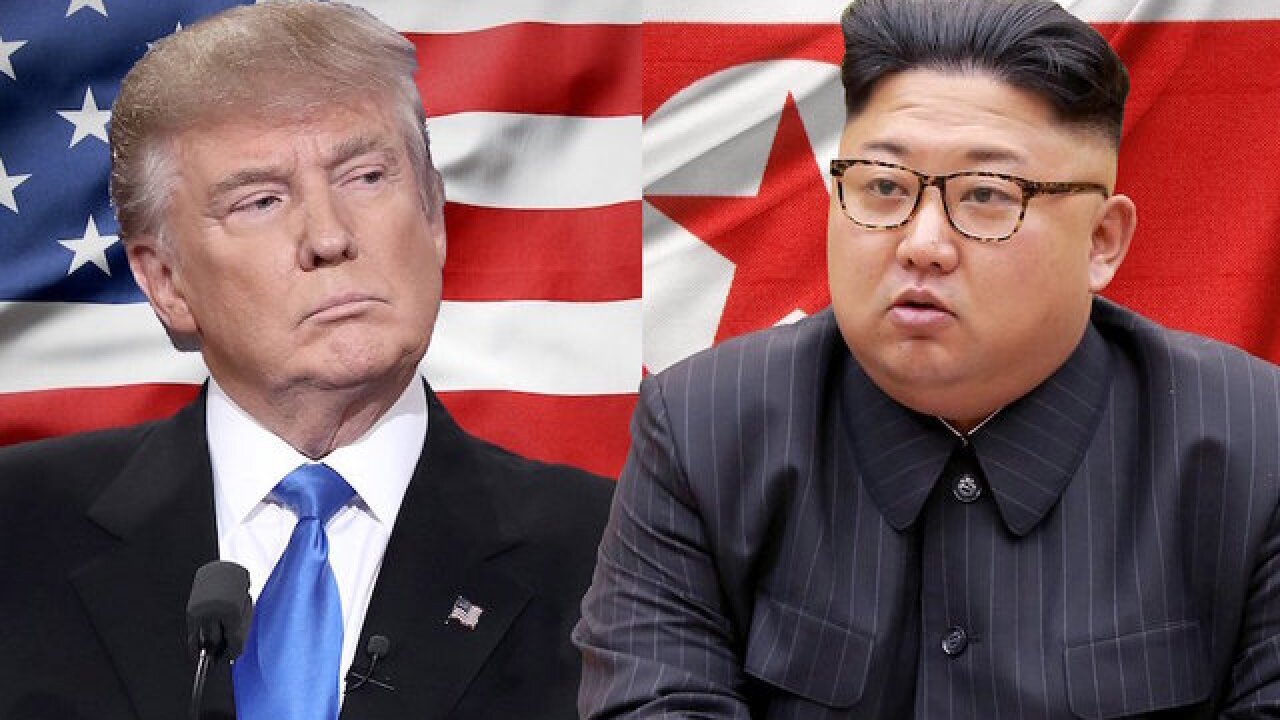 © 2018 Cable News Network, Inc.
Getty Images/Shutterstock/CNN
<p>President Donald Trump's summit with North Korean dictator Kim Jong Un is poised to be the most popular action of his presidency so far, even though a new survey shows most Americans believe the eventual goal of any negotiations -- "complete, verifiable and irreversible denuclearization" -- will never happen.</p>

North Korea state media reported Monday that leader Kim Jong Un and US President Donald Trump will discuss denuclearization and establishing a "durable peace-keeping mechanism" on the Korean Peninsula during their historic summit on Tuesday.

Kim and Trump arrived in Singapore on Sunday to allow time to prepare for their meeting, the first-ever between a sitting US President and North Korean leader and one that North Korea hopes will forge new relations between the two countries.

"Great to be in Singapore, excitement in the air," Trump tweeted Monday morning. Security is tight throughout Singapore, with armed police roaming the streets and motorcades of the international delegations bringing traffic to a standstill.

Trump and Kim are staying less than a kilometer away from each other in five-star hotels, and will meet Tuesday at the Capella Hotel on Sentosa Island at 9 a.m. local time.

After the leaders shake hands for the first time on camera, they'll begin the summit with a one-on-one meeting with only their translators, according to a senior Trump administration official.

"North Korea has previously confirmed to us its willingness to denuclearize, and we are eager to see if those words prove sincere," US Secretary of State Mike Pompeo said during a news conference Friday afternoon.

"These discussions that will take place tomorrow between Chairman Kim and President Trump will set the framework for the hard work that will follow. And we'll see how far we get, but I'm very optimistic," Pompeo said.

North Korea's state-run Korean Central News Agency (KCNA) reported Monday that Kim and Trump will discuss the denuclearization of the Korean Peninsula, "building a permanent and durable peace-keeping mechanism" during their meeting on the lush hotel grounds overlooking the Singapore Strait.

North Korea has previously said it was willing to discuss denuclearization on the Korean Peninsula, but experts worry about the different definitions of the term held by Washington and Pyongyang.

Consecutive US administrations have sought the complete, verifiable and irreversible dismantlement of North Korea's nuclear program, known among policy experts as CVID.

Pompeo reaffirmed that CVID is the ultimate goal of the Trump administration, and only then will sanctions relief begin.

Pyongyang's definition of denuclearization is much more opaque, but it's believed to be much broader in scope and possibly include things like US nuclear-capability assets in the region, Washington's large troop presence on South Korea or its inclusion of Seoul in its "nuclear umbrella."

Speaking to reporters Monday, Pompeo said he believes that both the context surrounding tomorrow's summit and what's being offered to Kim are significantly different than in previous years.

"We're prepared to take actions that will provide them sufficient certainty that denuclearization isn't something that ends badly for them -- indeed just the opposite, that it leads to a brighter, better future for the North Korean people," Pompeo said, though he declined to get into specifics.

US negotiators led by Ambassador Sung Kim, who was recently tapped to handle North Korean affairs, met with their North Korean counterparts in Singapore Monday, after days of talks to hammer out details of the summit.

Choe and Kim's teams met at separate chic hotel, the Ritz Carlton, in Singapore for more than 90 minutes Monday. The North Koreans were mobbed by reporters as they left.

Trump and some of his top aides met with Singaporean Prime Minister Monday Hsien Loong for lunch Monday, during which the Singaporeans presented the US President with an early birthday cake -- Trump turns 72 on June 14.

Trump thanked Lee for his "hospitality and professionalism and friendship."

Lee told CNN that his country is picking up some of North Korea's bill, following reports of questions over who would pick up the tab.

Trump also spoke with South Korean President Moon Jae-in and Japanese Prime Minister Shinzo Abe on the phone Monday. Moon has been a key player in the lead-up to the Singapore summit, meeting in person with both Kim and Trump last month.

Kim's departure for Singapore made front page news in North Korea, where the state-run Rodong Sinmun newspaper carried images of a ceremony for Kim as he boarded the Air China plane Sunday local time.

On state-run KCTV, famed North Korean news anchor Ri Chun Hee informed the nation that Kim had arrived, declaring that Kim was "very happy" to be visiting Singapore, and that he thanked the "outstanding and beautiful nation" for its hospitality.

In Singapore, residents lined the streets as Kim's motorcade passed soon after his arrival. Journalists in the city to cover the talks and pedestrians alike took stood outside the St. Regis Hotel, where Kim is believed to be staying, trying to catch a glimpse of the leader.

Soon after touching down in the city, Kim met Singapore's Prime Minister, who has spent $15 million (20 million Singapore dollars) to host the summit.

The two were photographed smiling, shaking hands and sitting down together, with Kim appearing at ease playing the role of global statesman on his furthest journey away from Pyongyang since taking power in 2011.

Lee described Kim as a "confident young leader" and that "he wants to go onto a new path" when speaking to CNN.

"What he is prepared to deal and how an agreement can be worked out, well that's a complicated matter. But I think he has an intention to do something, and that's why he's meeting Donald Trump," Lee said.

Kim returned to the St. Regis after the meeting, and as of Monday hadn't been seen since. The hotel has been surrounded by a tight security presence Monday, however pedestrians have been allowed to pass by the hotel, with some peering in to see what's going on.