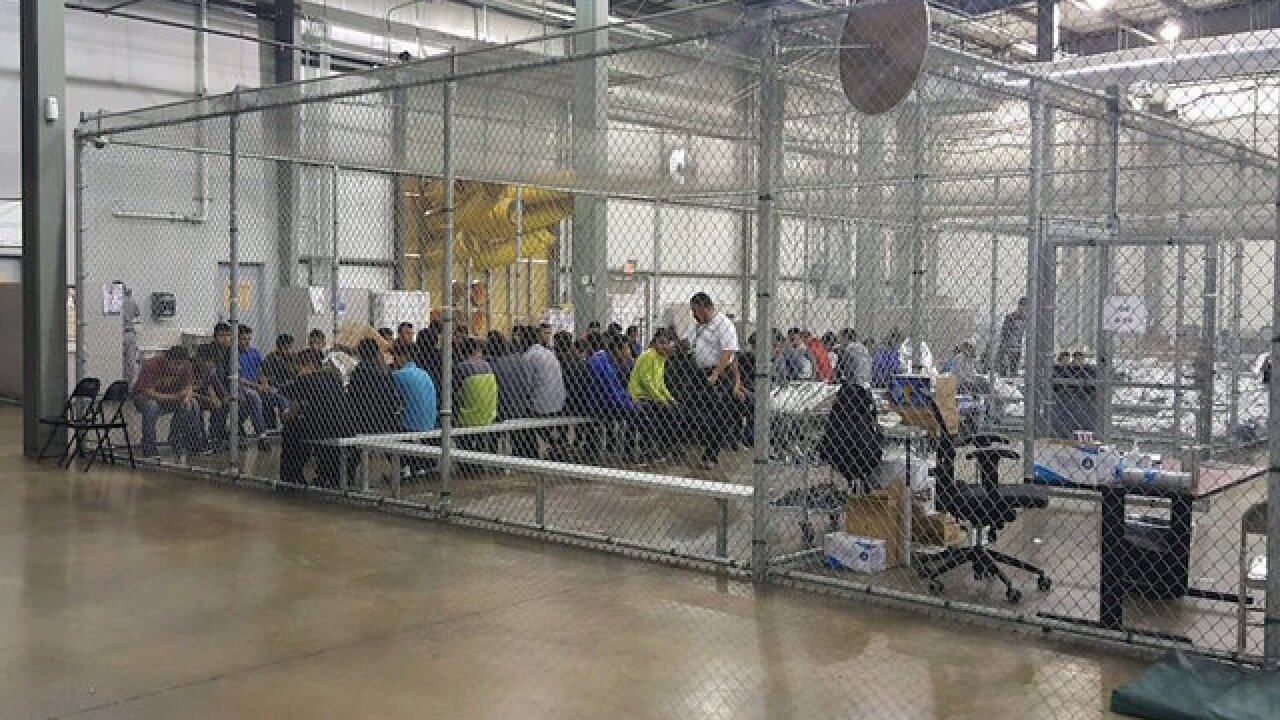 © 2018 Cable News Network, Inc.
US Customs and Border Protection
<p>The warehouse-like facility has holding pens made from chain-link fences on the inside separating the immigrants.</p>

The news came as lawmakers were scrambling to find the votes and answer an onslaught of rank-and-file member questions about what the compromise legislation does.

The bill would provide President Donald Trump with $25 billion in border security including wall funding in exchange for a path to citizenship for recipients of the Deferred Action for Childhood Arrivals program, which Trump ended but has been held up in legal limbo. The bill was negotiated among moderates, conservatives and leadership, but has caused heartburn among all flanks of the conference. Members of the conservative House Freedom Caucus have expressed concerns with the bill as have members of the moderate wing.

House Majority Whip Steve Scalise, a Louisiana Republican, told reporters just before McCarthy's announcement was made that the bill's final vote had been moved and members still needed more time.

"We are going to be working to make sure we answer all the questions that members have," Scalise said. "And members are still asking some really good questions."

News of the delay came at the same time the US House of Representatives failed by 193-231 to pass another, more conservative immigration bill, known as the Goodlatte bill after House Judiciary Chairman Bob Goodlatte, a conservative Republican from Virginia.

With no Democrats voting for the bill, Republicans needed enough of their own members to get to a majority but failed to cross that threshold.