Home in Ohio destroyed in explosion; four others catch fire 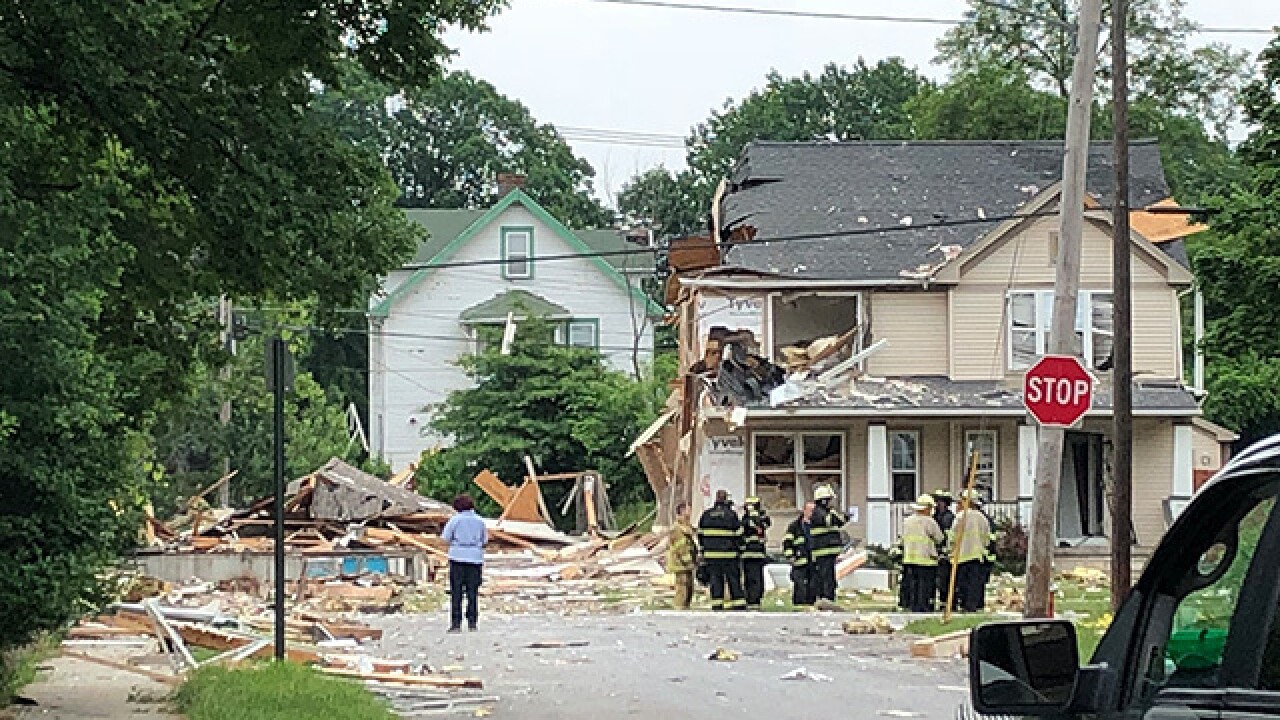 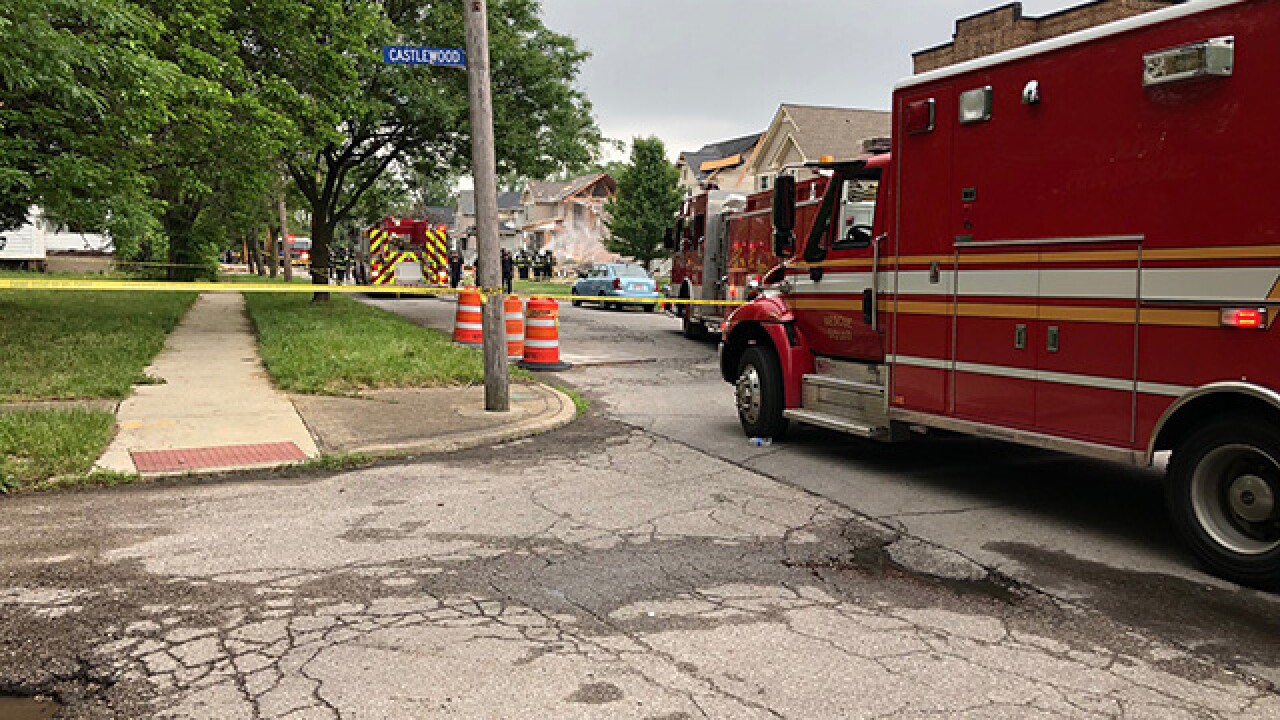 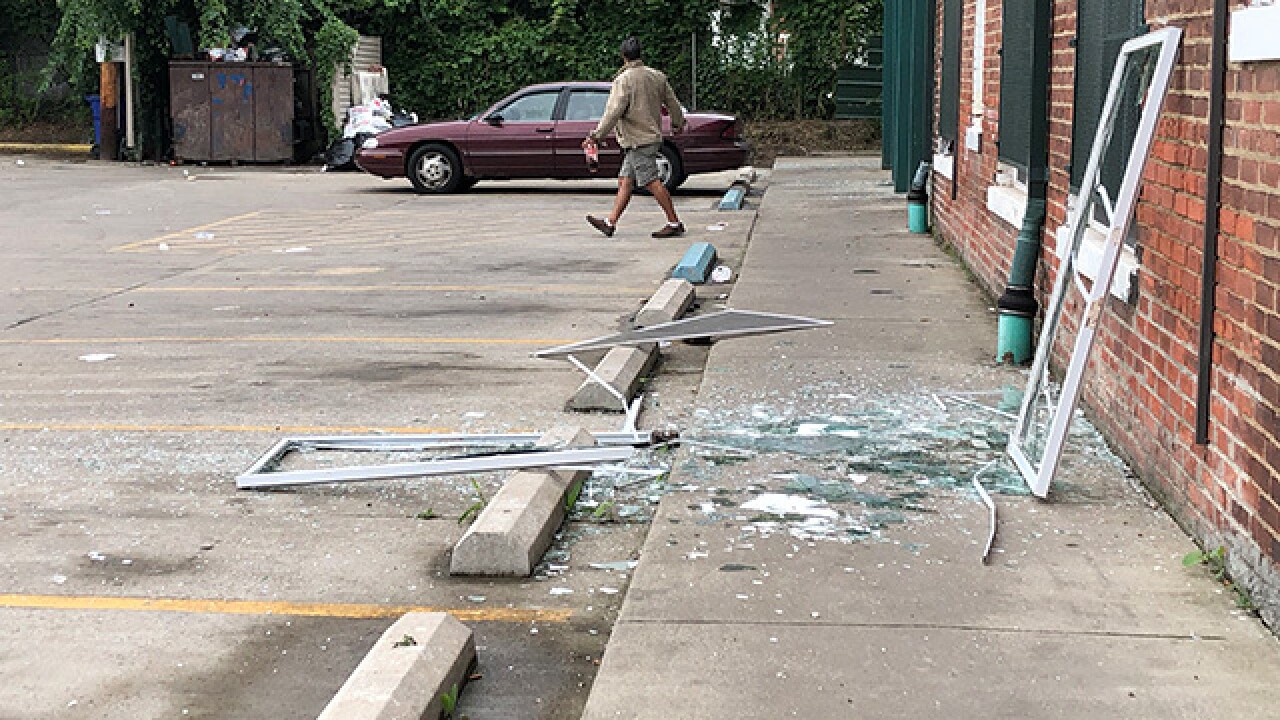 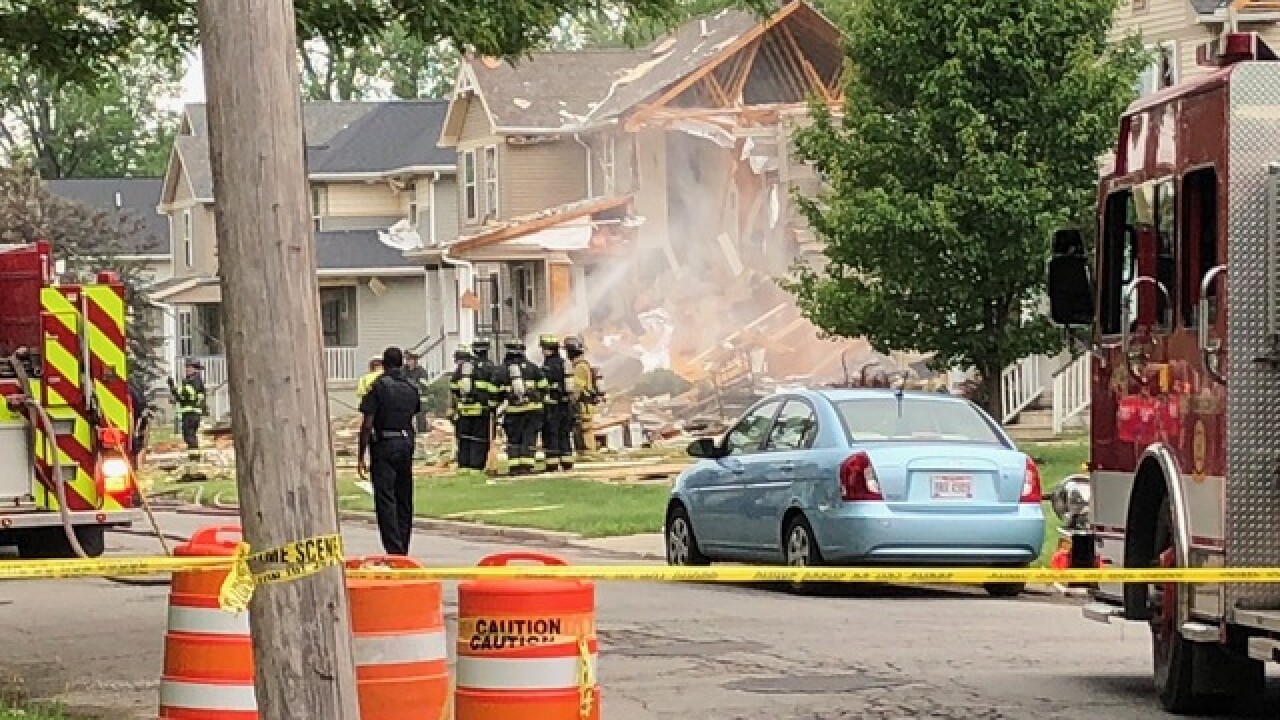 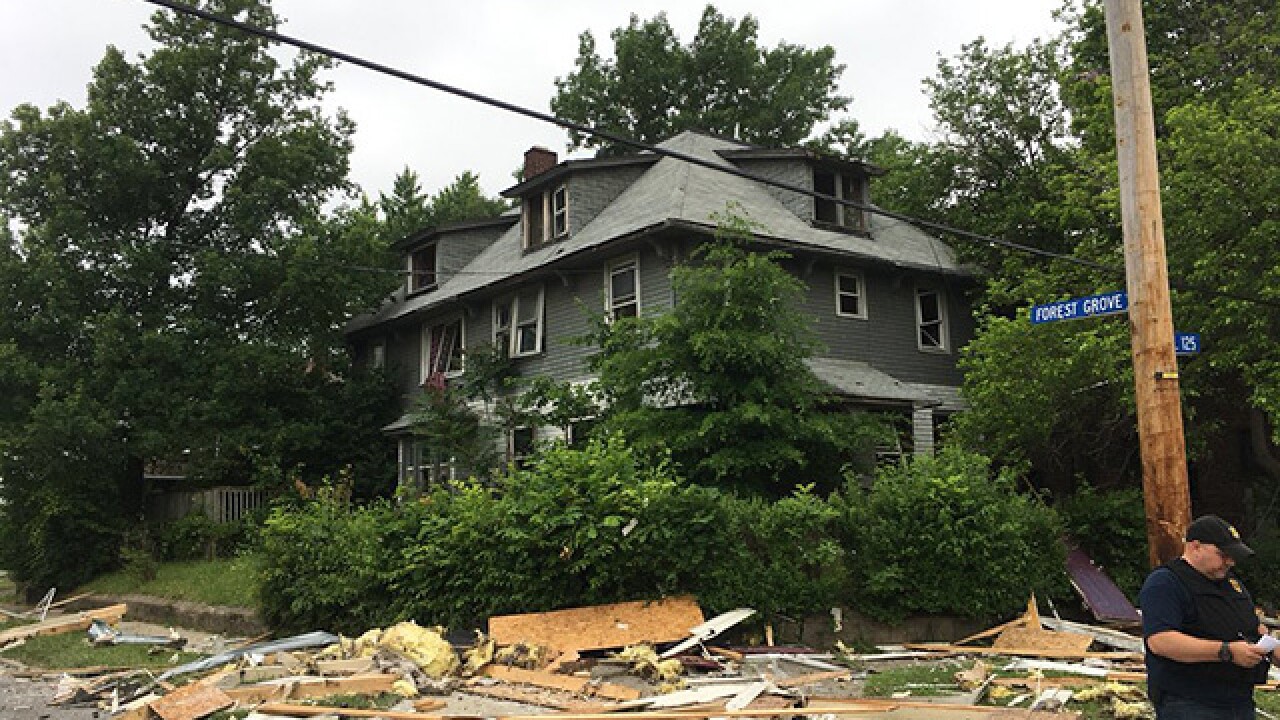 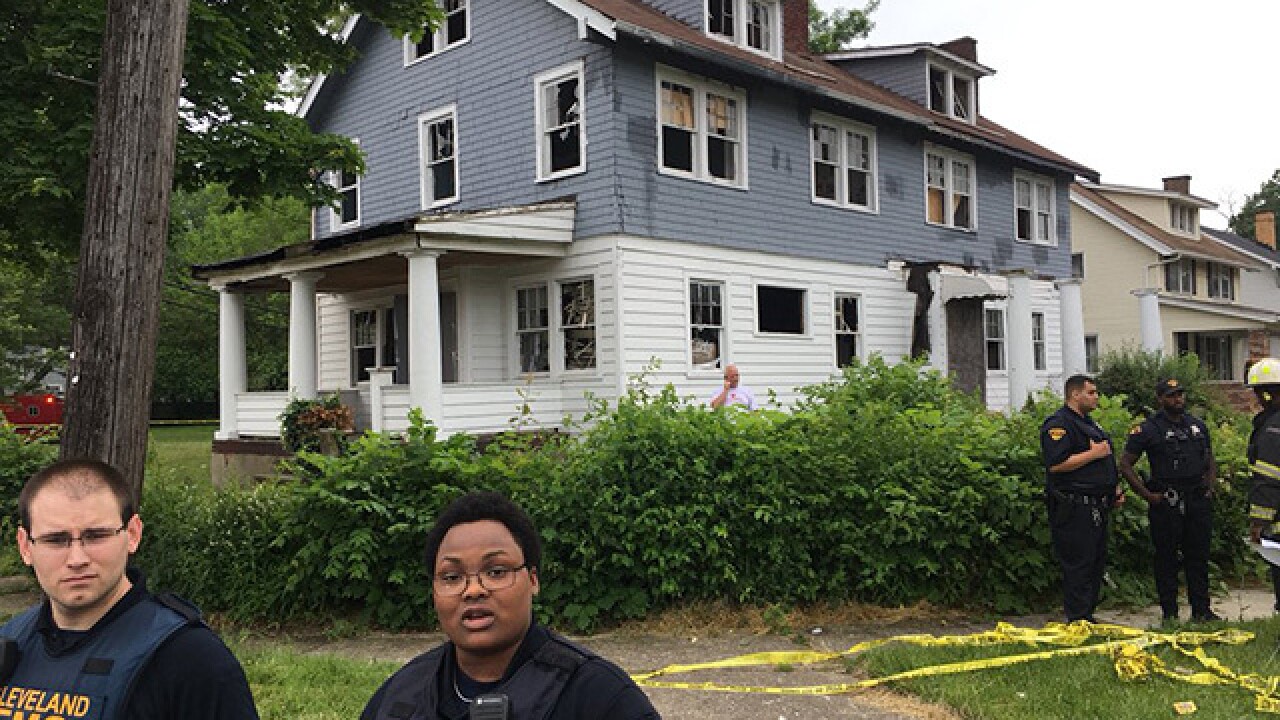 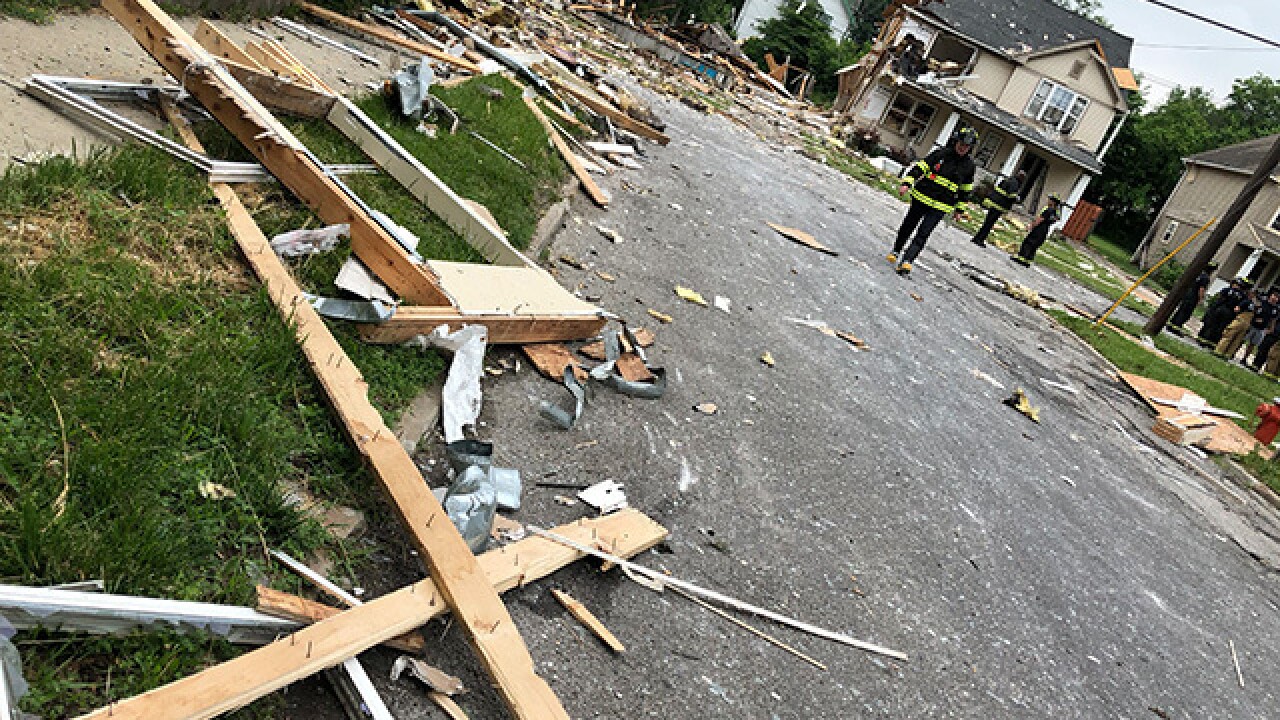 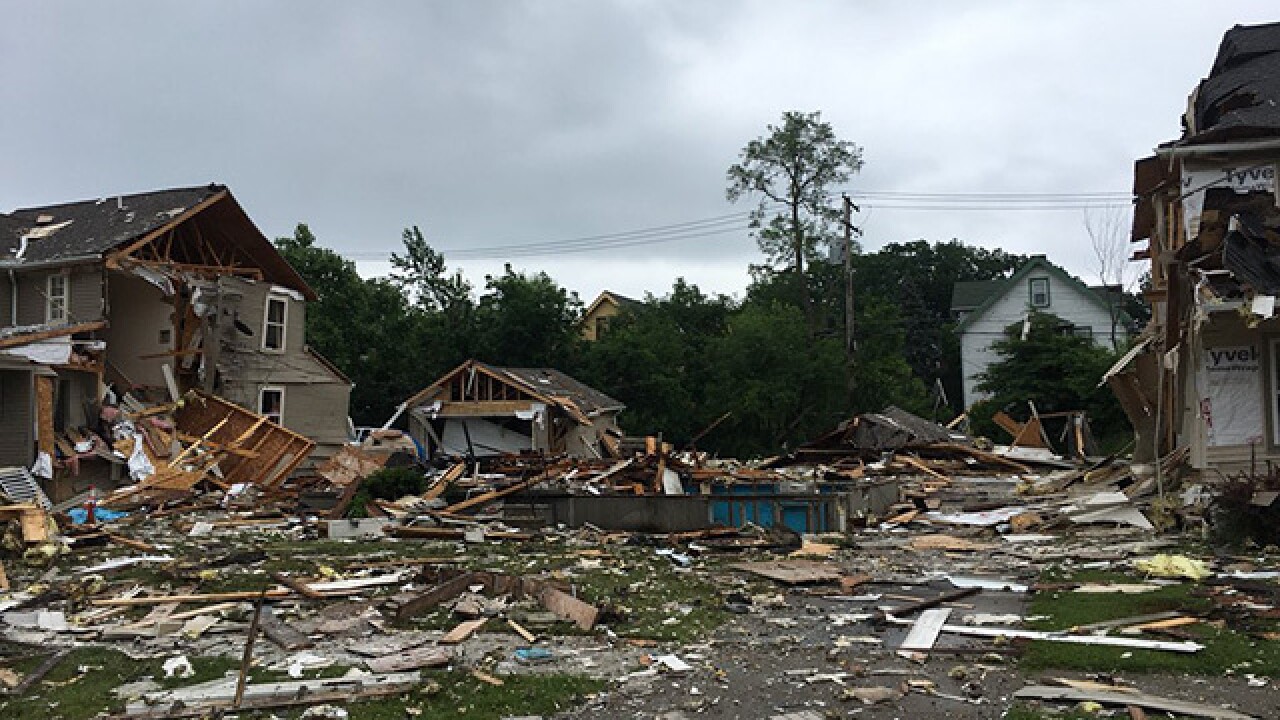 A house explosion in a suburban neighborhood of Cleveland, Ohio left one person dead and another critically injured, Cleveland Fire officials said.

Photos of the explosion's aftermath from Cleveland Fire show a stunning scene of destruction, with debris thrown all about the area. Several neighboring houses also suffered damage in the incident, as the explosion knocked down walls and blew out windows.

Sgt. Jennifer Ciaccia of the Cleveland Police Department said the original call was for "wires down" and that EMS and the fire department were notified and were responding.

The East Cleveland Fire Department confirmed a female died and a male was injured.

"You could see her waving and all the neighbors started screaming and waving, 'Somebody help her, somebody help her!'" witness Nena Maria Fitzgerald said about the woman who died.

Fitzgerald said police started to help the woman, then put a sheet over her.

"I think they only found like half of her body at the time," Fitzgerald said.

The injured male suffered multiple burn injuries. No firefighters were injured, according to WEWS television station in Cleveland.

Residents in several homes near the explosion were evacuated, but East Cleveland fire officials could not provide an exact number of homes evacuated. In addition to the home that was leveled, two others were badly damaged.

Authorities said the side of the street where the home exploded is East Cleveland. The homes that were damaged across the street are in Cleveland.