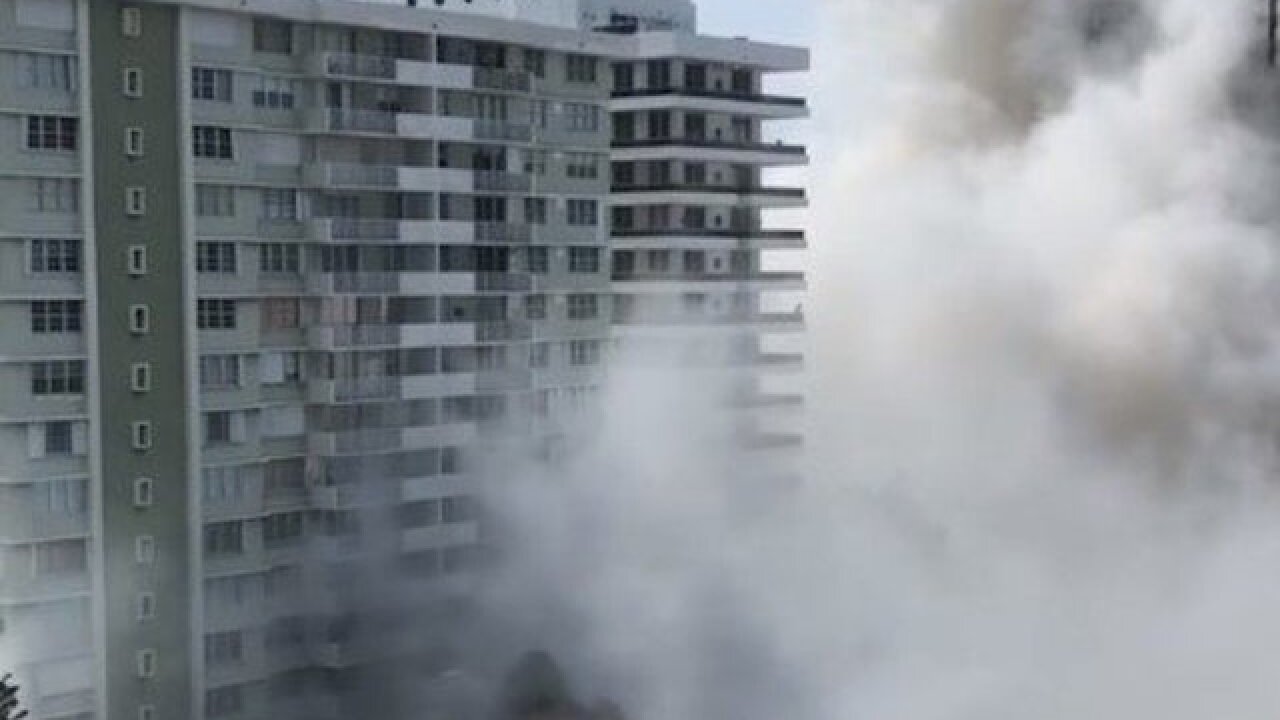 A building collapsed in Miami Beach on Monday morning, leaving at least one person injured, police there said.

Police said the building had a permit for demolition. The injured person was transported to a local hospital, Miami Beach PD said on Twitter. There is no word on any additional victims at this time.

Vicky Echeverri posted video to Instagram of smoke filling the air after the building collapsed.

Silvina Chinni took photos of the collapse from the beach.

"This building super near me in miami beach just collapsed!!!" Chinni's daughter wrote on Twitter. "Pics my mom took at the beach. Cloud of smoke and sirens everywhere."

Adam Thompson, who lives at 57th and Collins near the site of the collapse, filmed the pile of rubble in the aftermath.

"The front of the building looked so flimsy the past couple days I was surprised it was able to stand," he said.