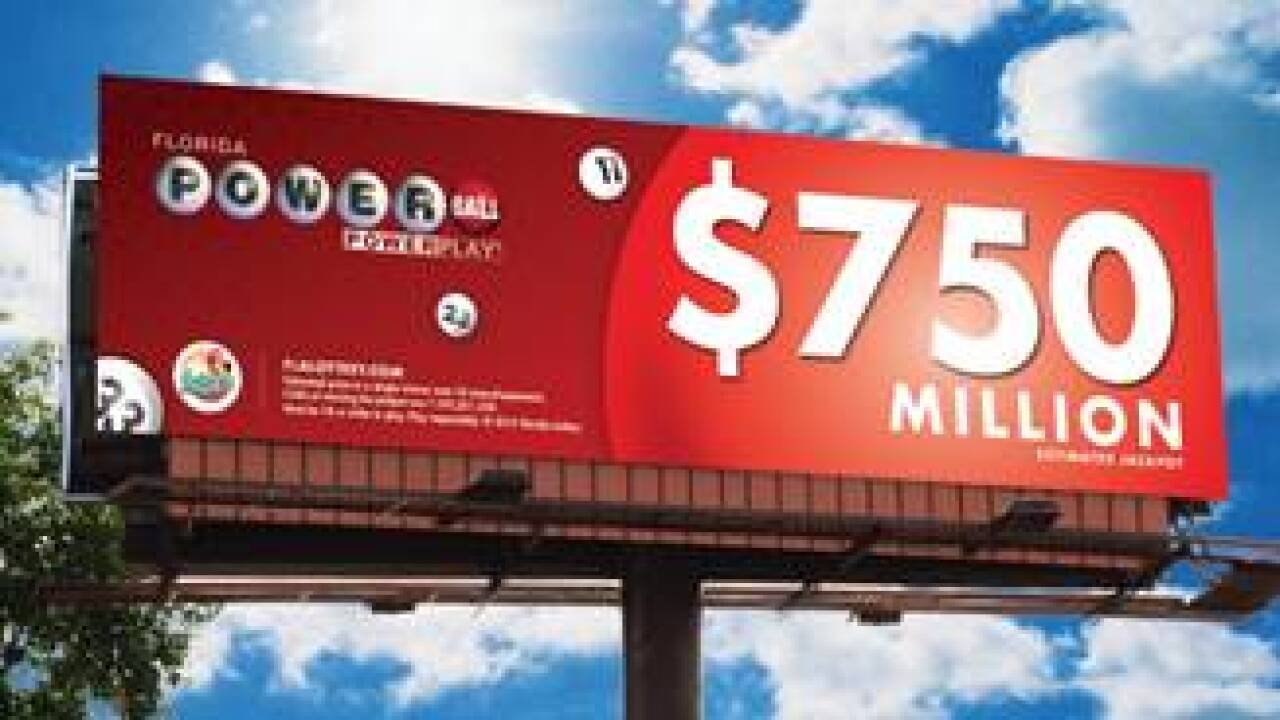 TALLAHASSEE, Fla. — The Powerball lottery jackpot will not reach a billion dollars this time. A Wisconsin resident got all winning numbers: 16, 20, 37, 44, 62 and the Powerball number 12.

A single ticket sold in the state matched all six numbers to win the third largest jackpot in US lottery history, lottery officials said.

"Due to strong ticket sales, the jackpot climbed to an estimated $768.4 million at the time of the drawing with a cash option of $477 million," the Multi-State Lottery Association said in a statement. "The lucky ticket holder(s) will have the choice between an estimated annuity of $768.4 million, paid in 30 graduated payments over 29 years, or a lump sum payment of $477 million. Both prize options are before taxes."

If you happen to be the lucky winner, you can buy 39 of the world's most expensive car, the Bugatti La Voiture Noire .

And even if you didn't match all the numbers, you could still be a winner.

"Participating lotteries are reminding players to check their tickets for one of the nine ways to win. In Wednesday's drawing alone, more than 5.4 million tickets won prizes ranging from $4 to $2 million," the Multi-State Lottery Association said.

According to the Florida Lottery , there were a total of 477,685 winning tickets sold in Florida for Wednesday's drawing. No tickets sold in the state matched all five white numbers.

The Powerball jackpot will now reset to $40 million for the next drawing on Saturday, March 30.