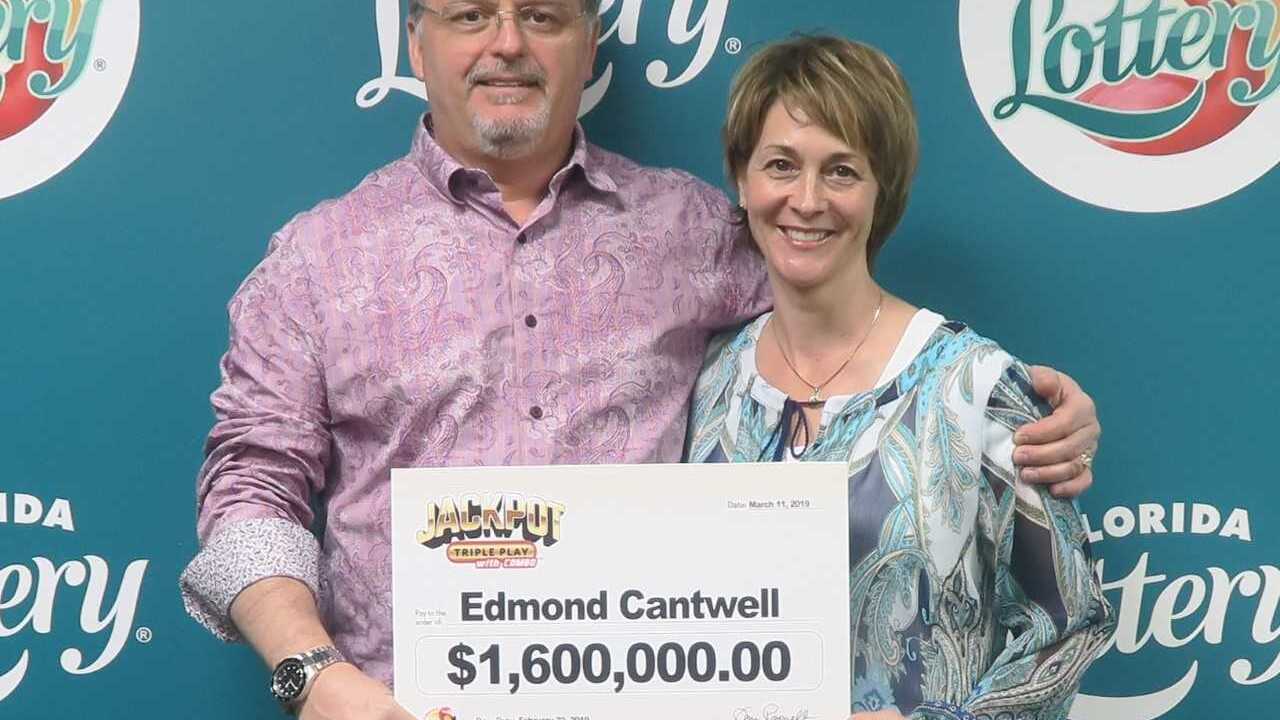 56-year-old Edmond Cantwell of Fairfax, Vermont purchased his winning ticket in the February 22nd drawing at a BJ's Wholesale store near Sarasota.

Cantwell chose to receive his $1.6 million winnings in annual installments of $64,000 a year for 25 years.

The store also earned a $2,000 commission for selling the winning ticket.

Jackpot Triple Play launched on January 30, 2019 and replaced Lucky Money. For $1, players get a triple chance to win the jackpot, as each ticket comes with three sets of numbers to match with the winning numbers drawn. Players can choose six numbers from 1 to 46 for the first set and the second set will be randomly Quick Picked.

Jackpots start at $500,000 and can roll over to reach $2 million before rolling down to increase the lower-prize levels in each drawing until the jackpot is won.

Players win by matching the three or more numbers from the same set to the winning numbers drawn. Players can get an extra chance to win by combining all matches on the ticket by adding Combo for $1 more.