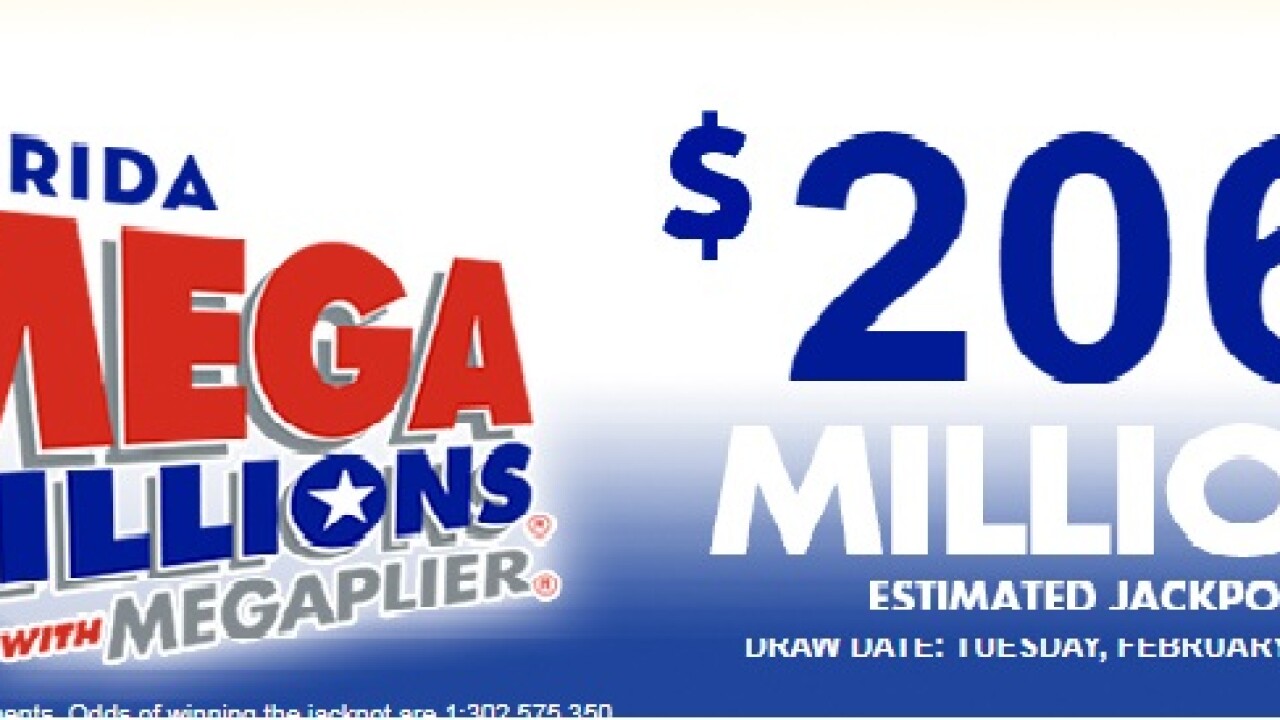 TALLAHASSEE, Fla. -- Florida Lottery players will have two opportunities to take home over $200 million this week.

Tuesday night's Mega Millions jackpot is worth an estimated $206 million to anyone who can match all five white ball numbers and the MegaBall. This is the highest the Mega Millions has been since January 1st, when a group of co-workers in Long Island won the $437 million jackpot. (Update: Nobody won Tuesday night's drawing, pushing the jackpot up to an estimated $224 million now)

If you miss out on that drawing, Wednesday night's PowerBall drawing is worth an estimated $282 million.

Fox 4 is your home to watch Florida Lottery drawings in Southwest Florida.