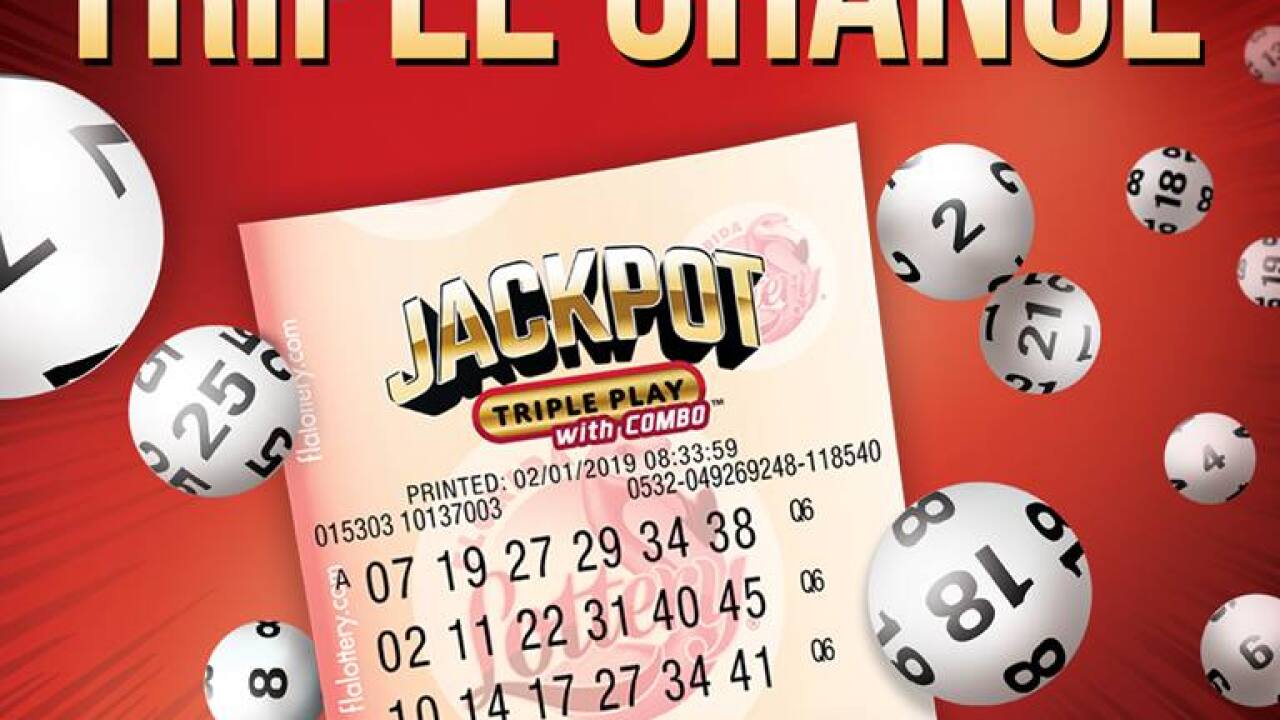 TALLAHASSEE, Fla. -- An Auburndale man has won $1.5 million in a new Florida Lottery game that started earlier this year.

68-year-old Dennis Breckingridge won the jackpot in the June 25, 2019 drawing.

Jackpot Triple Play launched in January. For $1, players get a triple chance to win the jackpot, as each ticket comes with three sets of numbers to match with the winning numbers drawn.

Players can choose six numbers from 1 to 46 for the first set and the second set will be randomly Quick Picked.

Jackpots start at $500,000 and can roll over to reach $2 million before rolling down to increase the lower-prize levels in each drawing until the jackpot is won.

He purchased his ticket at A-1 Discount Beverage in Auburndale. The store will earn a $1,000 commission for selling the winning ticket.