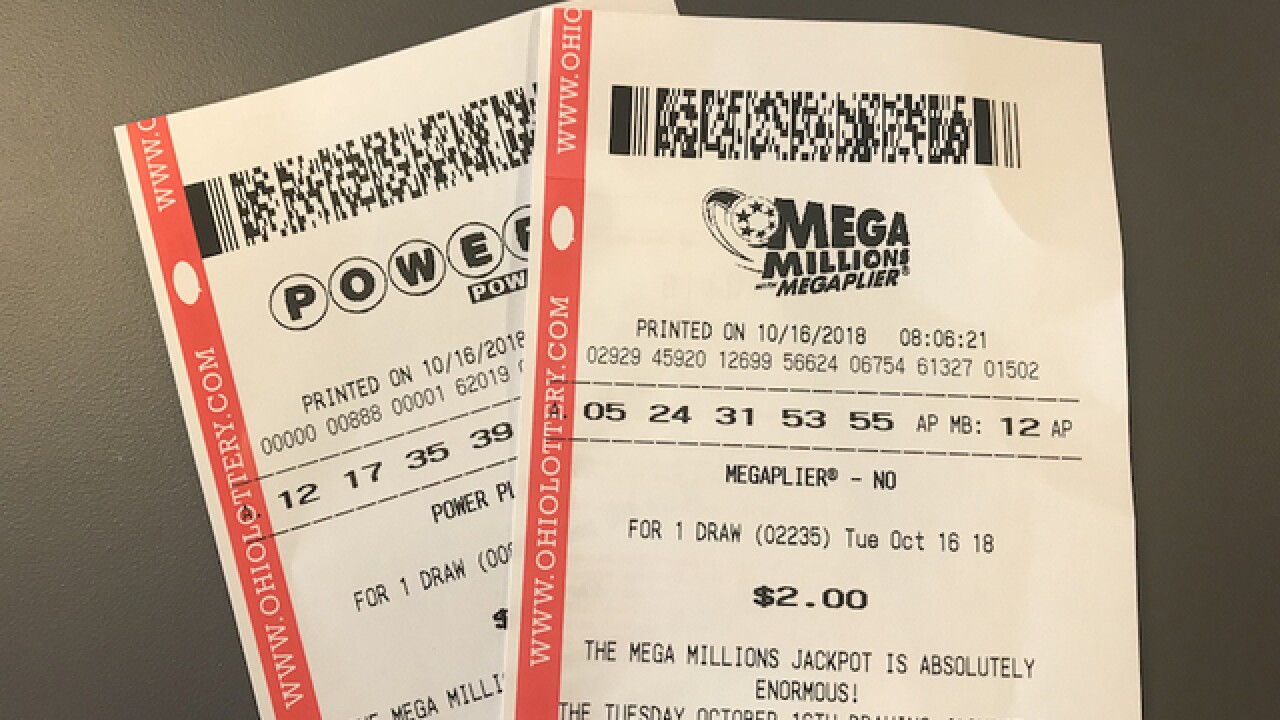 Copyright 2018 Scripps Media, Inc. All rights reserved. This material may not be published, broadcast, rewritten, or redistributed.
Mandy Gambrell
<p>MegaMillions and Powerball lottery tickets are sold in multiple states.</p>

Good people of America, the dream is still alive.

There was no winner in Tuesday's Mega Millions lottery drawing.

That means the jackpot for Friday's drawing is now at least $900 million or a cash lump sum of $513 million, as of Wednesday afternoon. It will be the largest jackpot in the game's history and the second largest in the US lottery jackpot history.

The Mega Millions jackpot beat its own record once again after no ticket matched all the six numbers in the drawing Tuesday night. The winning numbers on Tuesday were 69, 45, 61, 3, 49, and the Mega Ball was 9.

Friday's Mega Millions along with Wednesday's Powerball jackpot, which stands at $345 million, are worth more than a cool billion dollars.

The reason these jackpots have ballooned to such monstrous proportions is because, well, no one has won in a while. According to a release from Mega Millions, the last Mega Millions jackpot was won July 24, netting 11 co-workers a combined $543 million. The last Powerball jackpot, which totaled $245.6 million, was won August 11 by a man in Staten Island, New York.

Believe it or not, this week's combined billion-dollar haul is not the biggest prize in the lottery's history. That honor goes to a 2016 Powerball jackpot, which clocked in at $1.586 billion (although it was shared by three winners).

Of course, the actual amount you'll win is considerably less than a billion dollars, not just because of taxes and annuities and fine print things. The amount you will win is likely $0, because the odds of winning either jackpot are one in several hundred million.

Sure sure, someone needs to win eventually, we know. But it's not going to be you.