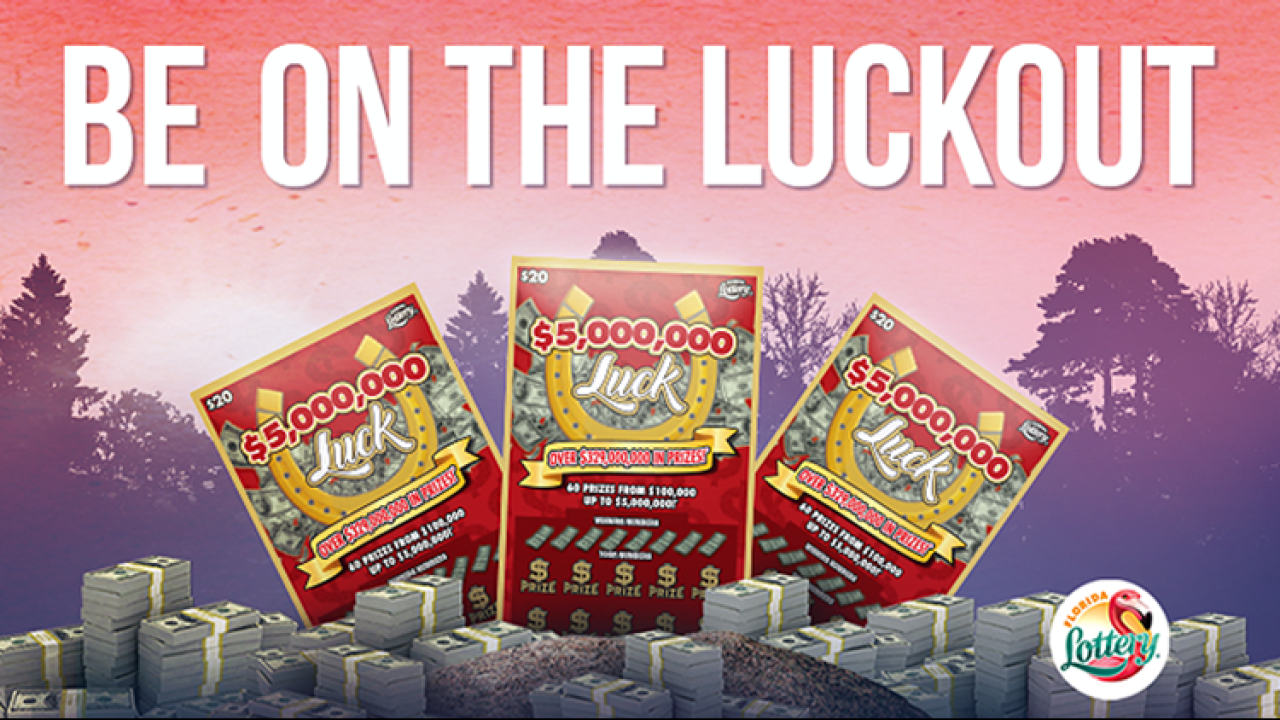 TALLAHASSEE, Fla. -- We've all heard the Florida Lottery's persistent "luck-luck-luck-luck" commercials. Now one lucky New York resident has cashed in on their luck.

The Florida Lottery announced Friday that a representative of "The Bubba Kamp, LLC", based in Uniondale, New York, has claimed a $5 million top prize in their $5,000,000 Luck Scratch-Off game.

The winning ticket was purchased at the KK Food Mart on New Tampa Highway in Lakeland. The retailer earns a $10,000 commission for selling the ticket.