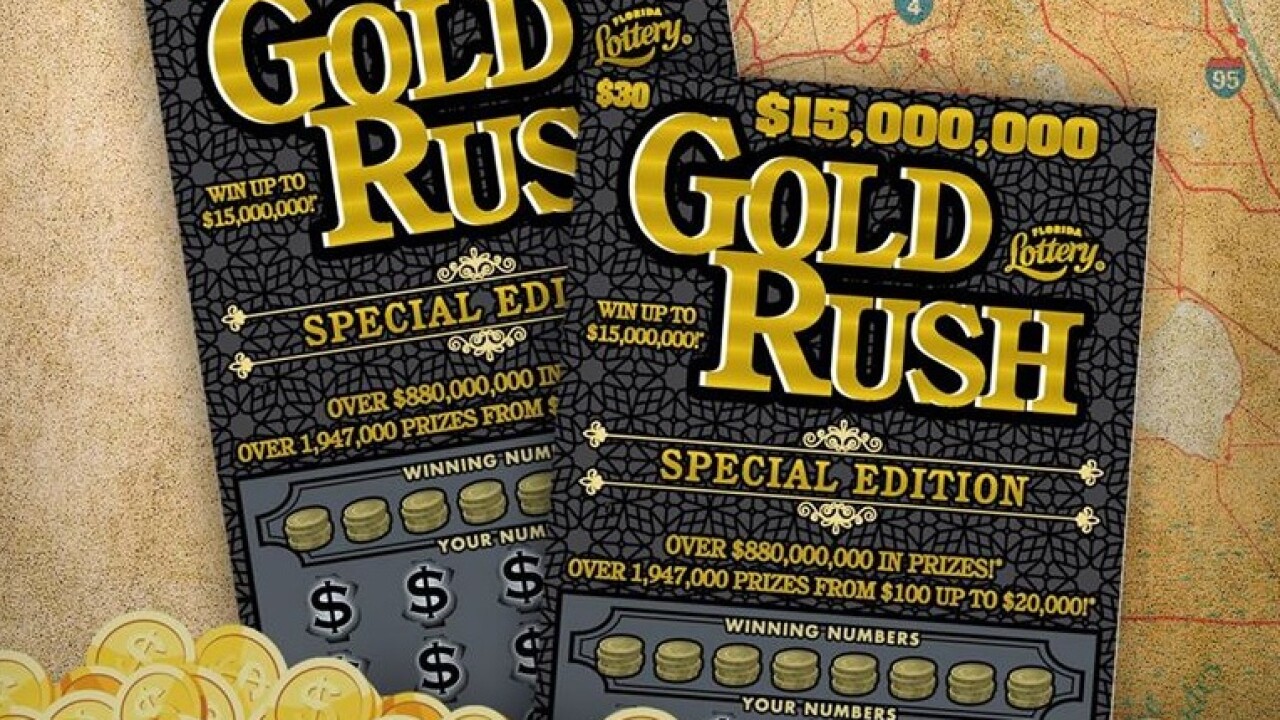 TALLAHASSEE, Fla. -- A Miami man has claimed one of the top prizes in a $15 million scratch-off game from the Florida Lottery.

Lottery officials say 51-year-old Gilberto Concepcion of Miami bought his $30 ticket at the Fresco Y Mas store in the 15000 block of SW 72nd Avenue. The lucky ticket turned out to be one of six grand prize tickets in the game.

The retailer will receive a $30,000 bonus commission for selling the winning Scratch-Off ticket.

Just last month a Fort Myers man won a $1 million prize in the same game on a ticket purchased at Universal Supermarket.

A much bigger jackpot is on the line Wednesday night as the multi-state PowerBall game is offering an estimated $258 million. You can watch that drawing live on Fox 4 in Southwest Florida.