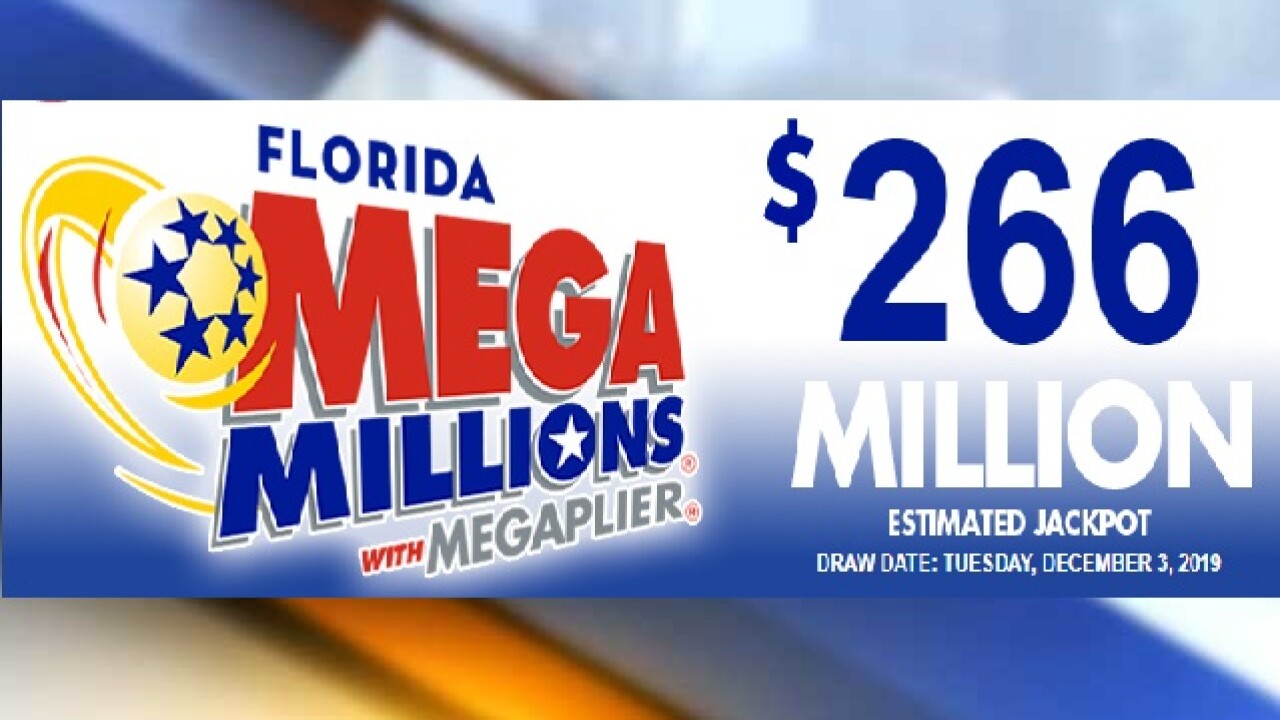 UPDATE (12/4): No winners were selected in Tuesday night's Mega Millions drawing. That pushes the jackpot up to an estimated $285 million.

Tuesday night's jackpot is worth an estimated $266 million, according to the Florida Lottery.

The last winner was on September 24th, when an anonymous Texas player won $225 million.

If you miss out on that jackpot, Wednesday night's PowerBall drawing is worth an estimated $120 million.

And as always, you can catch these lottery drawings live on Fox 4 at 11 p.m.