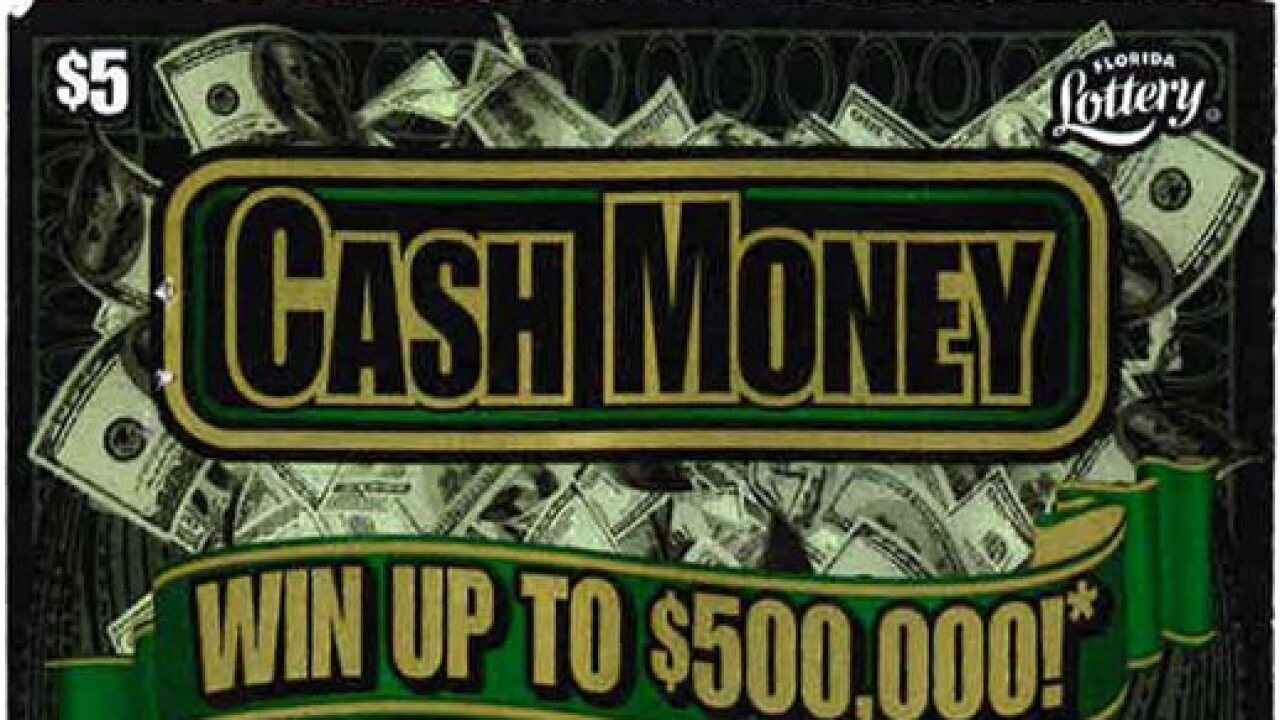 COLLIER COUNTY, Fla. -- An Immokalee man has claimed a $500,000 prize off a lucky Florida Lottery scratch off a ticket he bought in a local market.

According to the Florida Lottery, 47-year-old Bartolo Baltazar bought the winning ticket at Azteca Supercentro 2000 on West Main Street in Immokalee.

He won the money playing the Cash Money game on a $5 ticket. The game features more than $58 million in total cash prizes, including eight top prizes of $500,000.