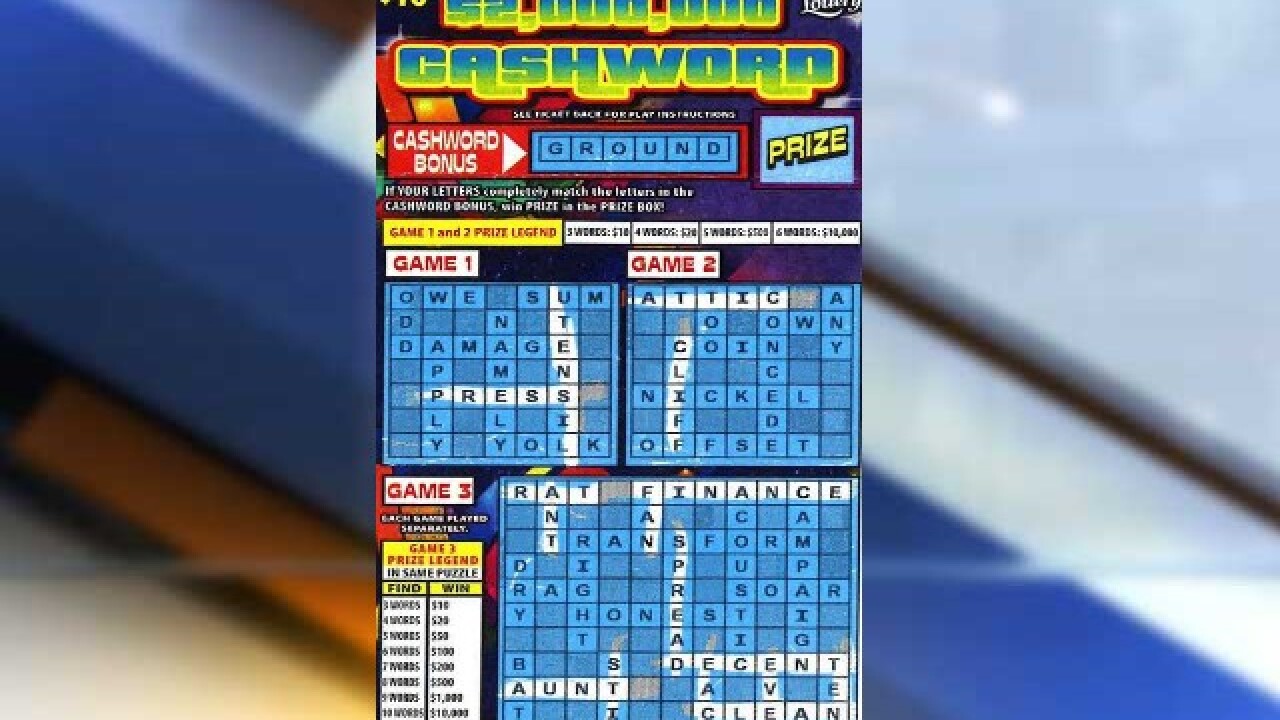 TALLAHASSEE, Fla. -- A $10 lottery purchase at a Winn Dixie has paid off handsomely for a Bradenton man.

The Florida Lottery says 60-year-old Richard Walker purchased a scratch-off ticket in the $2,000,000 CASHWORD game at the Winn Dixie store on 53rd Avenue E at 9th Street E in Bradenton.

That ticket earned him one of six top prizes of $2 million.

The retailer earned a $4,000 bonus for selling the winning ticket.