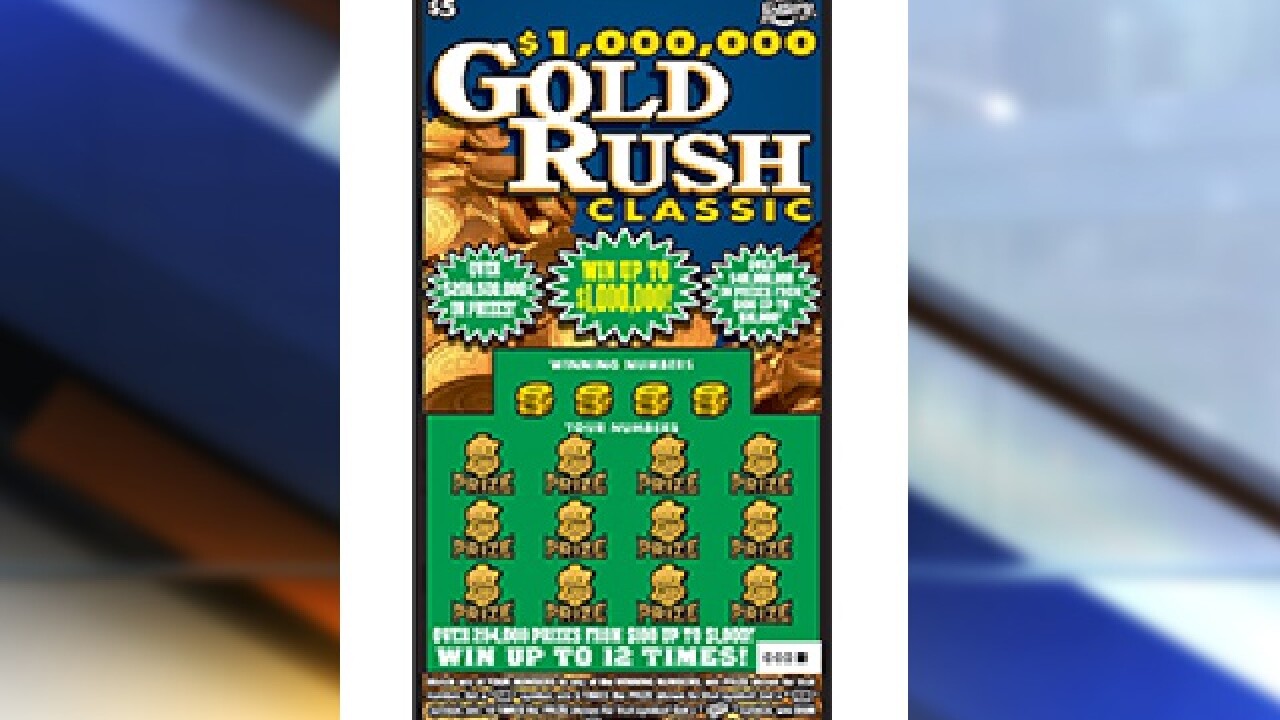 TALLAHASSEE, Fla. -- A lucky purchase at a Jacksonville-area Publix store has paid off for one woman.

According to the Florida Lottery, Ursula Honderick of Jacksonville purchased her "$1,000,000 Gold Rush Classic" scratch off ticket for $5 at a Publix in Orange Park.

The ticket turned out to be one of 32 grand prize $1 million tickets.

The store earned a $2,000 bonus comission for selling the ticket.

Another jackpot ticket in the same game was claimed in Sarasota in October, and in Sebring in February.