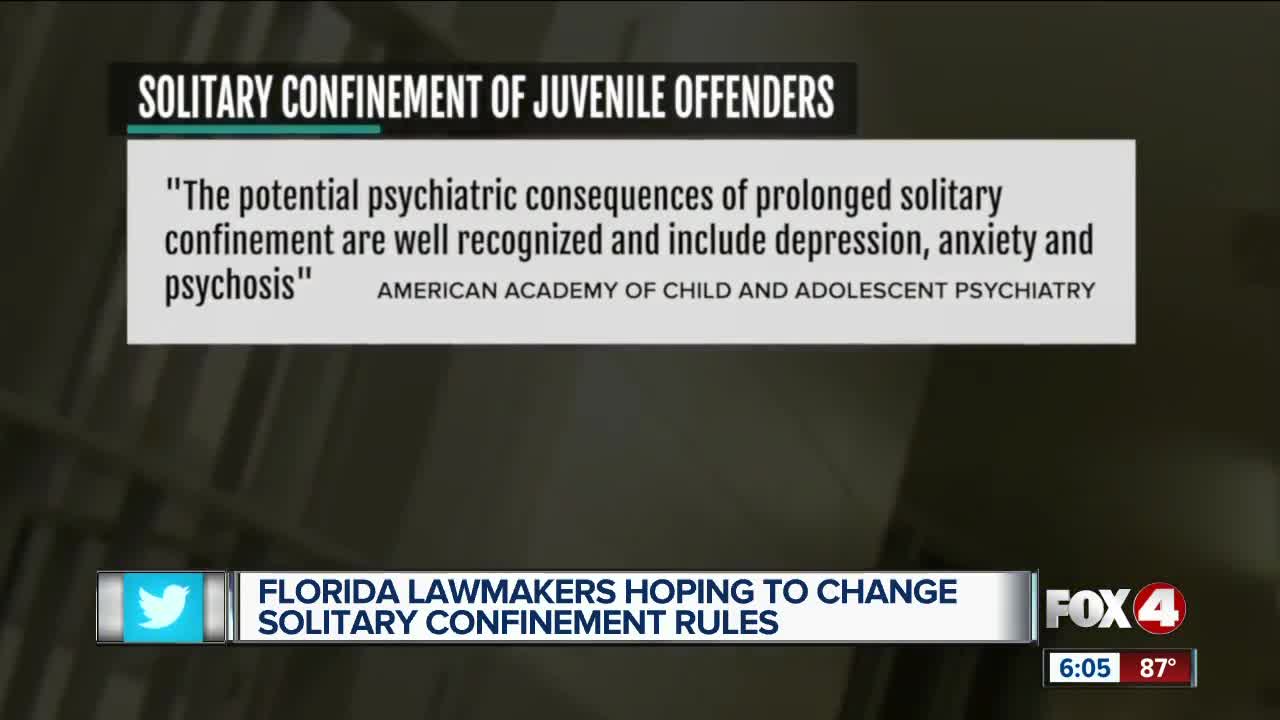 Research from the American Academy of Child &amp; Adolescent Psychiatry shows solitary confinement can lead to depression, anxiety, even psychosis in juveniles. As a result, seven states have passed bans to protect minors in the prison system.

TALLAHASSEE, Fla. — Laurette Philipsen can sum up solitary confinement in a word: torture. While serving eight years for fraud as an adult, she says she spent nearly a month alone, in a small room, with no one to speak to and her food delivered through a slot.

“It is definitely torture,” she said. “After three, four days, your mind starts to play games with you.”

Philipsen's time in solitary is an experience that has stayed with her. She struggles with claustrophobia and sleeping issues.

The former inmate isn't alone. Research from the American Academy of Child & Adolescent Psychiatry shows solitary confinement can lead to depression, anxiety, even psychosis in juveniles. As a result, seven states have passed bans to protect minors in the prison system.

“This should not be used as a disciplinary action,” said Senator Bill Montford (D-Tallahassee). “We just got to use a little bit of common sense.”

For a second time, Sen. Montford has created a bill that would make Florida the eighth state to outlaw the practice.

If approved, SB 436 would ensure those in Florida's prison system under 19 could only be isolated for emergencies or medical reasons. Solitary punishment for that age group would be forbidden.

“We know the downsides of solitary confinement,” Montford said. “Why take the chance for the youth?”

Montford first pitched the policy late last session, which is why he thinks it failed in committee. Now that he has more time on his side, Montford is optimistic his bill, or two like it, will get approval next session.

Philipsen’s experience has made her an advocate for the legislation. With the backing of Florida Cares, an advocacy group dedicated to helping prisoners, she’s helped create a replica cell for people to experience solitary themselves.

Philipsen has challenged lawmakers to spend three minutes inside before deciding whether to support change.

“After three minutes, imagine spending months, years— days,” she said. “I hope the parties on both sides realize the importance of this.”

We reached out to both the Department of Corrections and Juvenile Justice for comment on this story. Each referred us to the other. Corrections has said in the past the department uses solitary confinement when "absolutely necessary" for security reasons or to manage prisons.