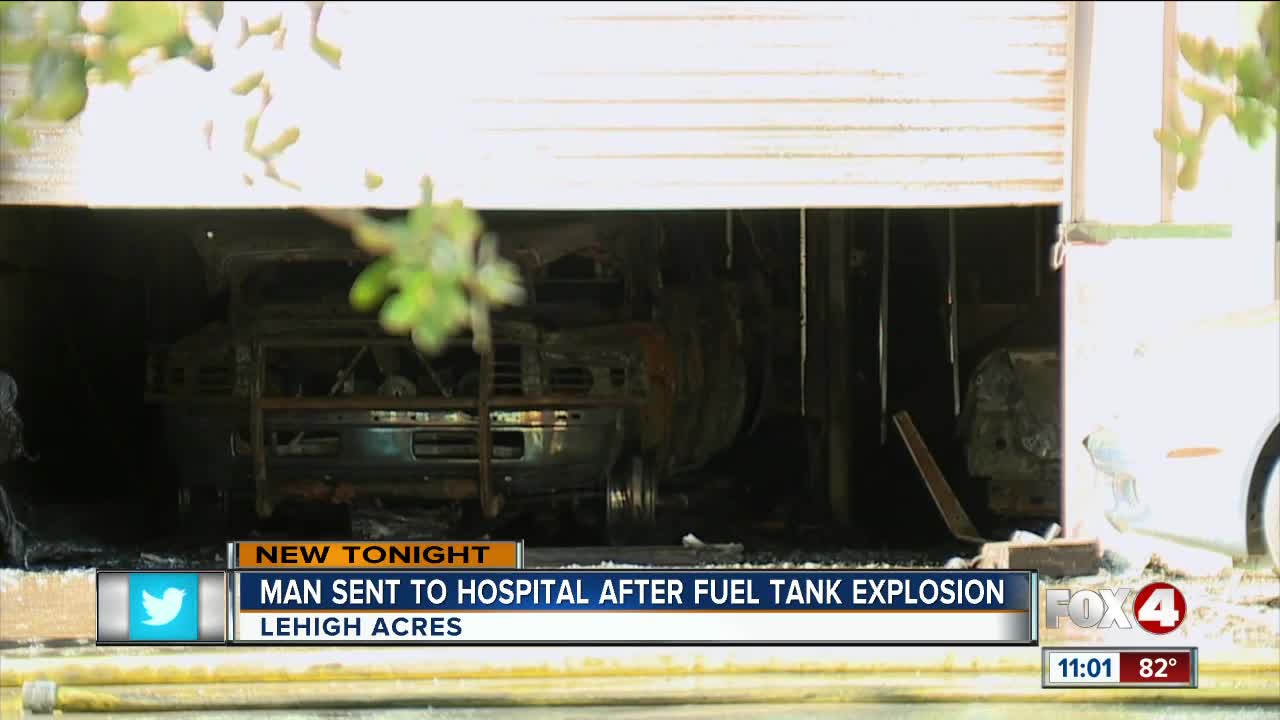 One man went to the hospital with second-degree burns after a car caught fire at Lee Transmission &amp; Auto Repair Wednesday.

LEHIGH ACRES, Fla. — A fire at a local car shop sends a man to the hospital with second-degree burns. Lehigh Acres Fire Department said a car caught fire and then spread throughout the garage.

People who work at Lee Transmission and Auto Repair said they heard a loud explosion from a car that a mechanic was working on. Tthe mechanic was taken to Lee Memorial Hospital with burns on his arms.

Will Velazquez described the chaos when a that fire broke out at work.

“When we looked there was flames,” he said. “Yelling to each other, everyone get out! Everyone reacting pretty quickly. Thank God for that.”

Fox 4 spoke with an owner who released this statement:

We at Lee Transmission & Auto Repair are deeply shocked and devastated at this afternoon's tragedy. As of right now we do not know for sure what caused the fire, but we would like to make it known that we are currently cooperating with the authorities in sorting out the immediate aftermath of the event and will soon be cooperating with our affected clients, who after the preservation of human life, are our biggest priority.

One person told Fox 4 that one mechanic was injured there and were taken to the hospital.

Property Manager Cindy Hutton said the mechanic was taking a fuel tank out of the car when it exploded.

The Lehigh Acres Fire Battalion Chief said this fire was especially dangerous because it’s a car shop and all the fuel inside caused the fire to spread so quickly. They’re still working to find out what caused it.