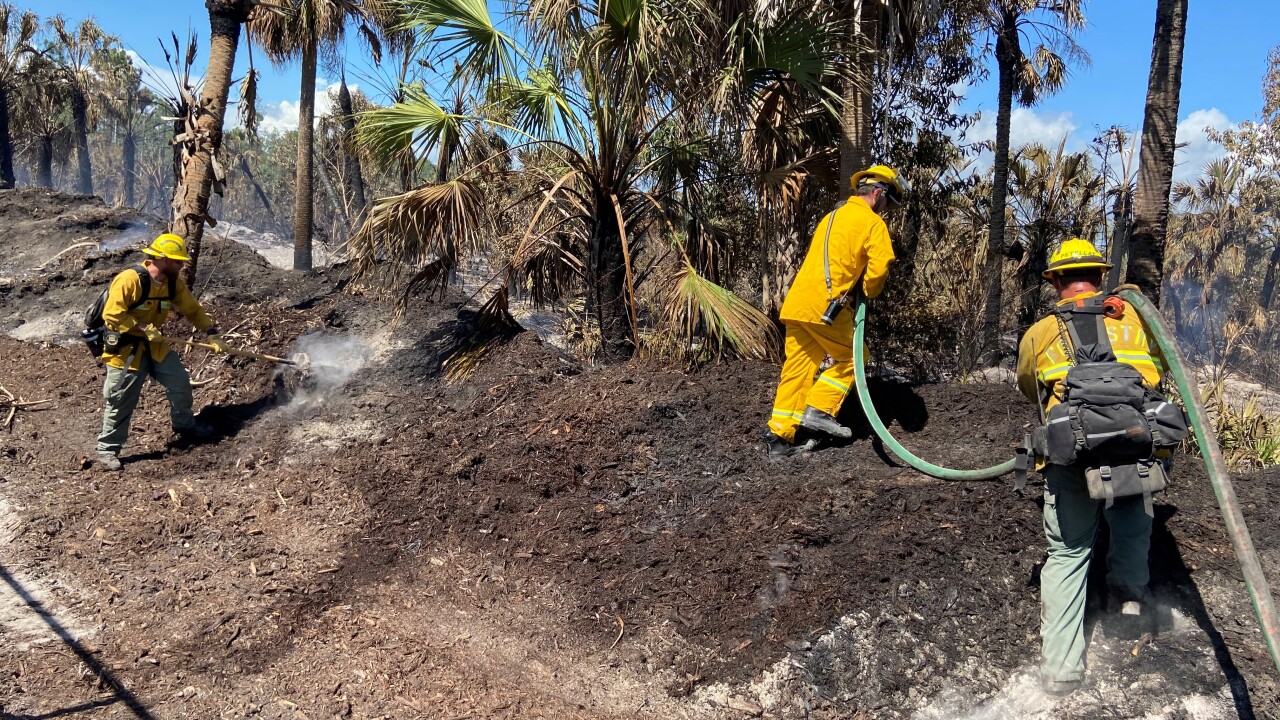 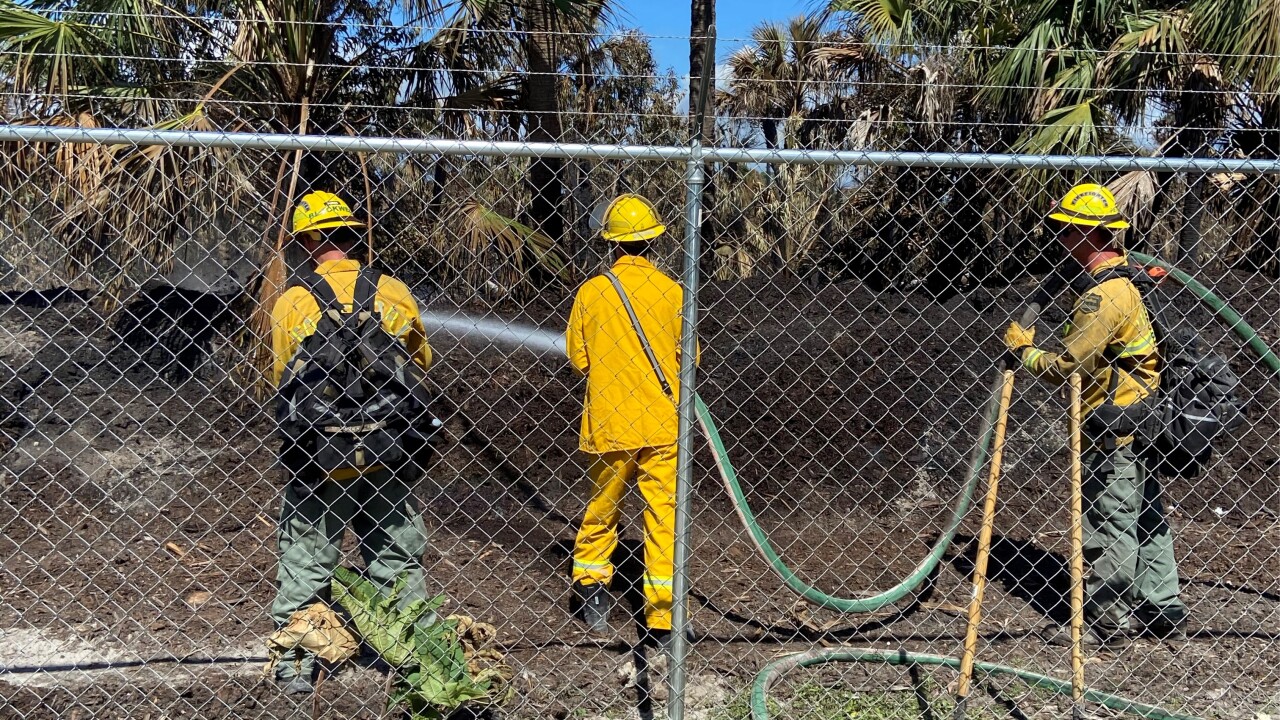 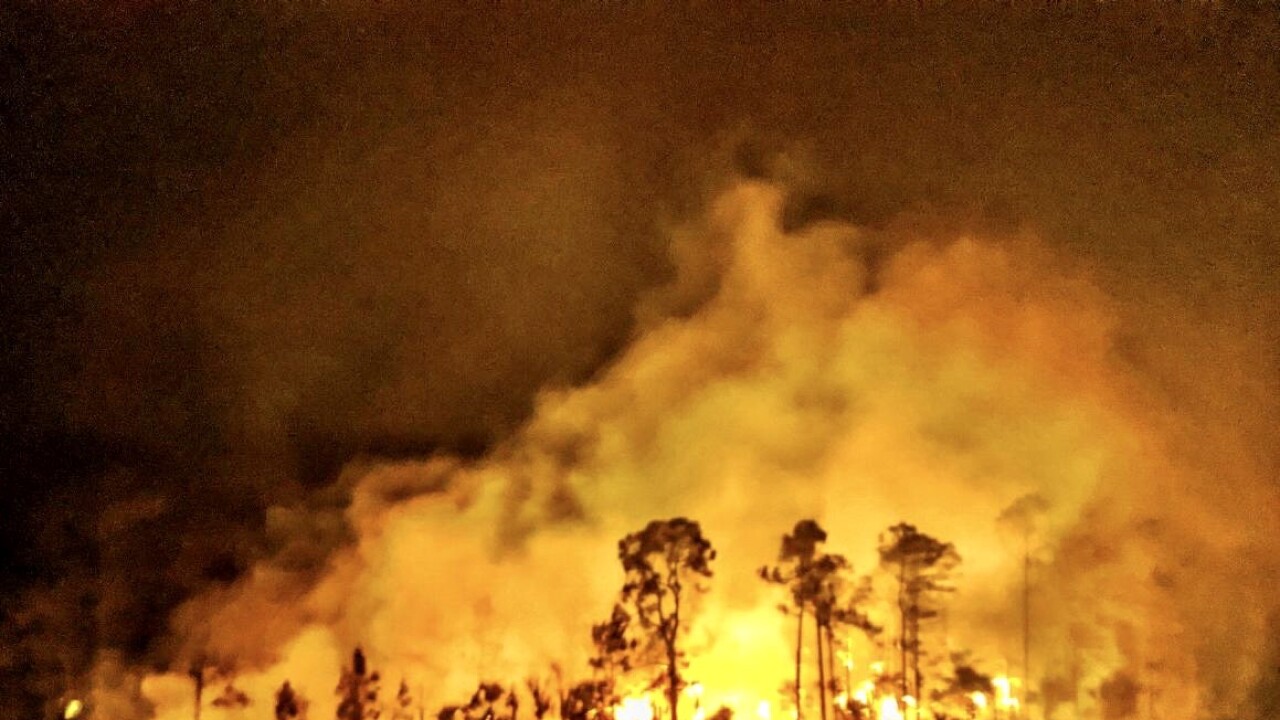 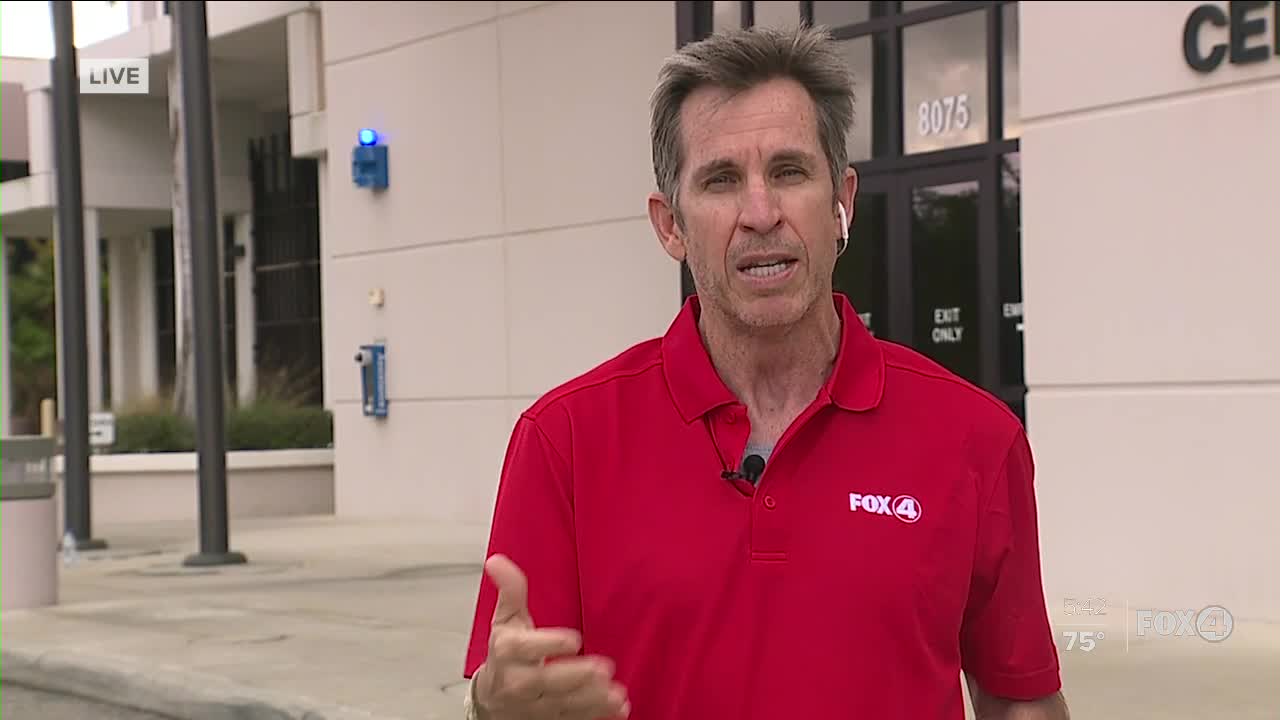 There are 149 personnel assigned to this fire.

As patrol operations continue, residents are likely to witness what’s known as ‘reburn’.

This is when trees that were affected by the fire, but not completely burned, will drop their remaining leaves and needles as they begin their recovery process.

They says "even though they have made progress containing the fire, now is not the time to let your guard down".

UPDATE (5/17) --Florida Forest Service says firefighters will continue to create new containment lines along with thorough mop-up operations on the hot spots that continue to smolder and smoke.

Officials say 146 personnel are assigned to this fire.

Officials say they expect residents will be returning home since the mandatory evacuation orders have been lifted.

Hear how residents are copping with the wildfire tonight on FOX 4 News at 10 PM.

Officials are asking residents to remain vigilant and stay away from fire lines and out of active fire areas.

Hear how a woman barely escaped the flames tonight on FOX 4 News at 10PM.

Greater Naples Fire Rescue says seven homes have been lost and 23 outparcels (barns, storage sheds, etc.) have been destroyed since the
first started on Wednesday evening.

Officials say they are still assessing damage and that process is halfway complete.

Greater Naples Fire Chief Kingman Schuldt says officials are working with the Red Cross to help families that have been impacted.

"One day of rain does not affect the deep soil here that can burn in Florida, and also those larger logs and things like that. Those are still available to burn, so there's still a danger out there of fires smoldering
throughout today and tomorrow and then building back into new fires."

Chief Schuldt says the fire district is grateful for the community's donations, but asks that donors frequently check Greater Naples Fire Rescue social media pages for instructions
on where to deliver supplies.

The cause of the fire is unknown at this time.

Additionally, crews responded to spot fires south of I-75 on the Picayune Strand State Forest.

Currently, the FFS has 16 tractor/plow units from around the state battling the blaze, along with 3 single engine air tankers, 1 fixed wing aircraft, and 4 helicopters, including the Collier County Sheriff’s Office Air Rescue 1, which is assisting with water drops.

A large air tanker out of Lake City is also assisting in the fire fight. Yesterday the air tanker dropped 4 drops and each drop is 3,000 gallons of fire retardant.

Authorities say all mandatory evacuations remain in place at this time.

According to the Florida Forest Service, 8,500 acres burned as of Thursday evening in Collier County.

The fire is located at 36th Avenue Southeast in Golden Gate.

The Greater Naples Fire Rescue District has updated evacuations to include these areas:

Emergency Management says if you are outside the evacuation zone but feel you are at risk or have breathing problems, you are free to evacuate voluntarily.