Alternative rocker Mike Peters, front man of Welsh band “The Alarm,” highlights the importance of bone marrow donations at his concerts after battling blood cancer three times in his life. 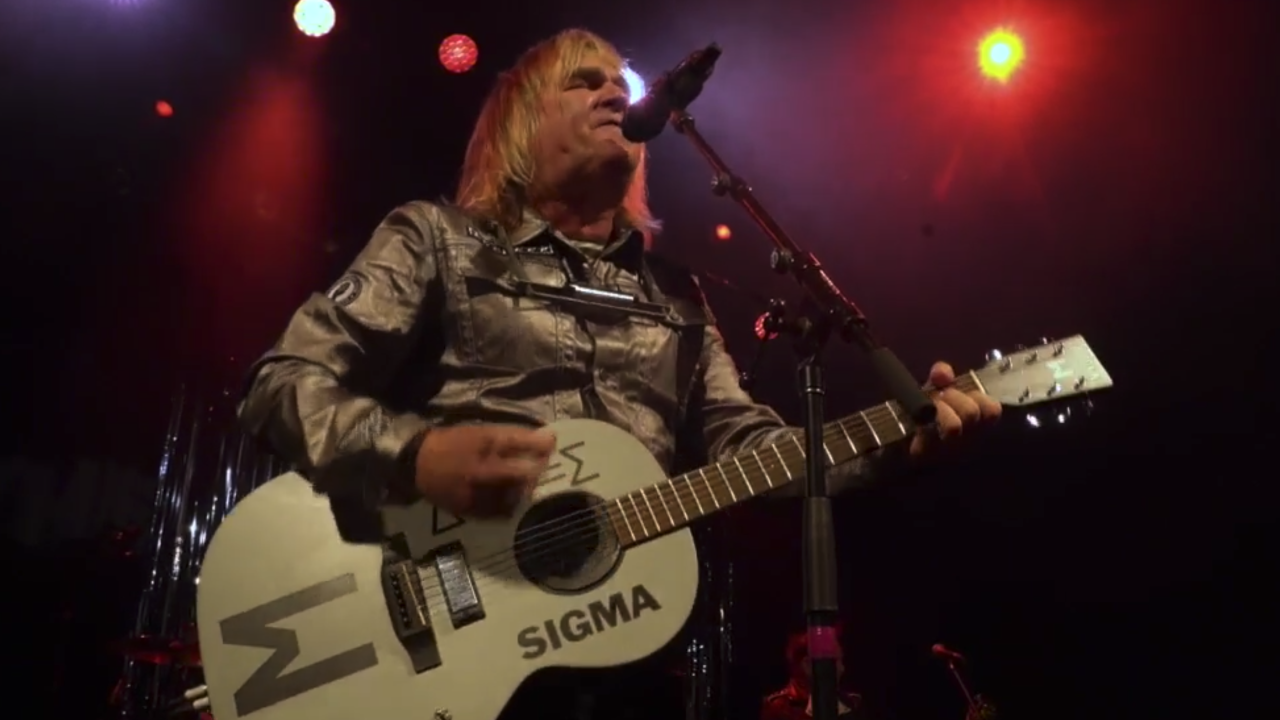 NEW YORK — Alternative rocker Mike Peters, front man of Welsh band The Alarm , has been singing songs around the themes of strength and love for decades.

“Everything is beautiful,” he sings to cheering fans gathered on a recent stop in the U.S. at New York’s Irving Plaza.

But the fact that he’s still writing those kind of lyrics when things have been less than beautiful for much of his life speaks volumes.

Peters has been diagnosed with blood cancers three times. The first, non-Hodgkin's lymphoma, came in 1995.

“They wanted me to go to have a bone marrow transplant the next day,” Peters recalled. “I said ‘Well I can't possibly do that. I'm going to on an American tour tomorrow!' ”

Yes, he kept the tour, defying doctors orders. But he added one stop for a piece of clothing that would become a symbol of his battles with the disease.

“On the way to the first gig [I] stopped in an Army surplus store. I bought myself combat fatigues and drilled myself out in those clothes," the musician said. "I said to my wife Jules, ‘These aren’t coming off ‘til I'm cured,’ and that created a mental state for me.”

He took on the unofficial title "The Man in the Camo Jacket," and a documentary of the same name chronicled his repeated bouts with blood cancer.

But on his recent swing in New York, the camouflage appeared to be missing. It’s for good reason: he is currently in remission. He has even further reason to be happy as his wife, who has battled breast cancer, is also in remission.

“I’ve still got camo underwear on … for luck,” Peters said with a laugh. “I always have a little something going on everywhere. To me it’s a touchstone, a little reminder to keep staying alive.”

Concerts as a means of saving lives

Peters has now turned his concerts into larger efforts highlighting the importance of bone marrow donation — often the only hope for someone with a type of blood cancer, like leukemia or lymphoma.

At each show, representatives from Love Hope Strength —an organization Peters helped start and the name of a song by The Alarm — work to get as many fans as they can signed up on the international bone marrow donation registry.

“We want to show that, as a new face to cancer, that you can live with these diseases now,” Peters said. “No, not everyone survives, not everyone gets the full life, but the advances that we're making now against the disease is on the run.”

Love Hope Strength partners with DKMS — an international nonprofit that fights blood cancer — to sign up potential donors and get them on the list.

“Seventy percent of people who need a transplant have to rely on a donor outside of their family,” said Pushpa Nair, a DKMS spokesperson. “So its extremely critical for an organization like ours to sign up as many potential lifesavers as possible. And that’s where partners like LHS [Love Hope Strength] step in.”

The process of signing up is easy: all it takes is a simple cheek swab. If a match is made, 75 percent of the time a person’s bone marrow, or stem cells, can be extracted during a process very similar to a blood donation. Other times it requires a surgical procedure.

Love Hope Strength has so far added almost 200,000 music fans to the international registry and has made more than 3,500 potentially lifesaving bone marrow matches.

For Alarm fans who signed up at their New York concert, it was a no-brainer.

“If there’s any possible way of me donating and actually helping someone or saving a life, that would mean the world to me," one fan said. "Stuff like that makes it worth living.”