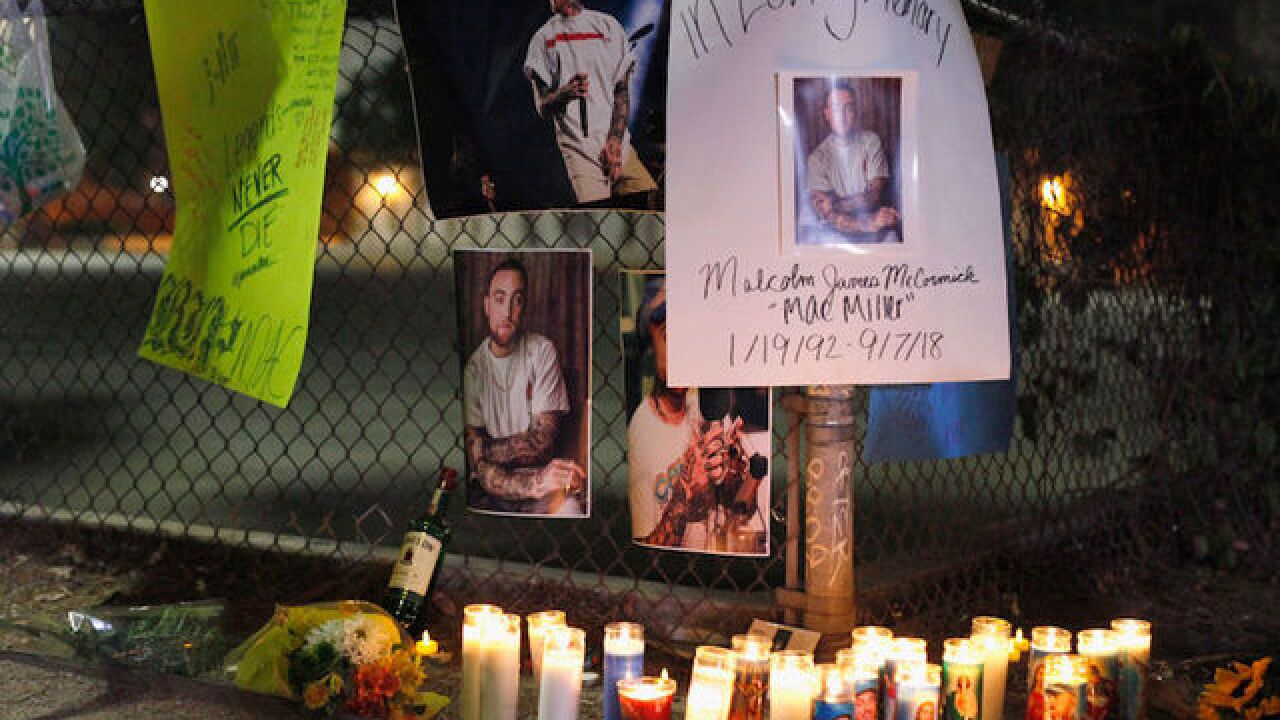 Image copyright 2018 Getty Images. All rights reserved. This material may not be published, broadcast, rewritten, or redistributed.
Katharine Lotze
<p>A makeshift memorial to late rapper Mac Miller appears at the corner of Fairfax and Melrose Avenues on September 8, 2018 in Los Angeles, California. Miller died of an overdose on Friday, September 7. </p>

The rapper died two months ago and his autopsy shows the combination of fentanyl, cocaine and alcohol is what killed him.

Miller was 26 years old and a native of Pittsburgh, Pennsylvania. His real name is Malcolm James McCormick and he had a public struggle with drug abuse, USA Today reports.