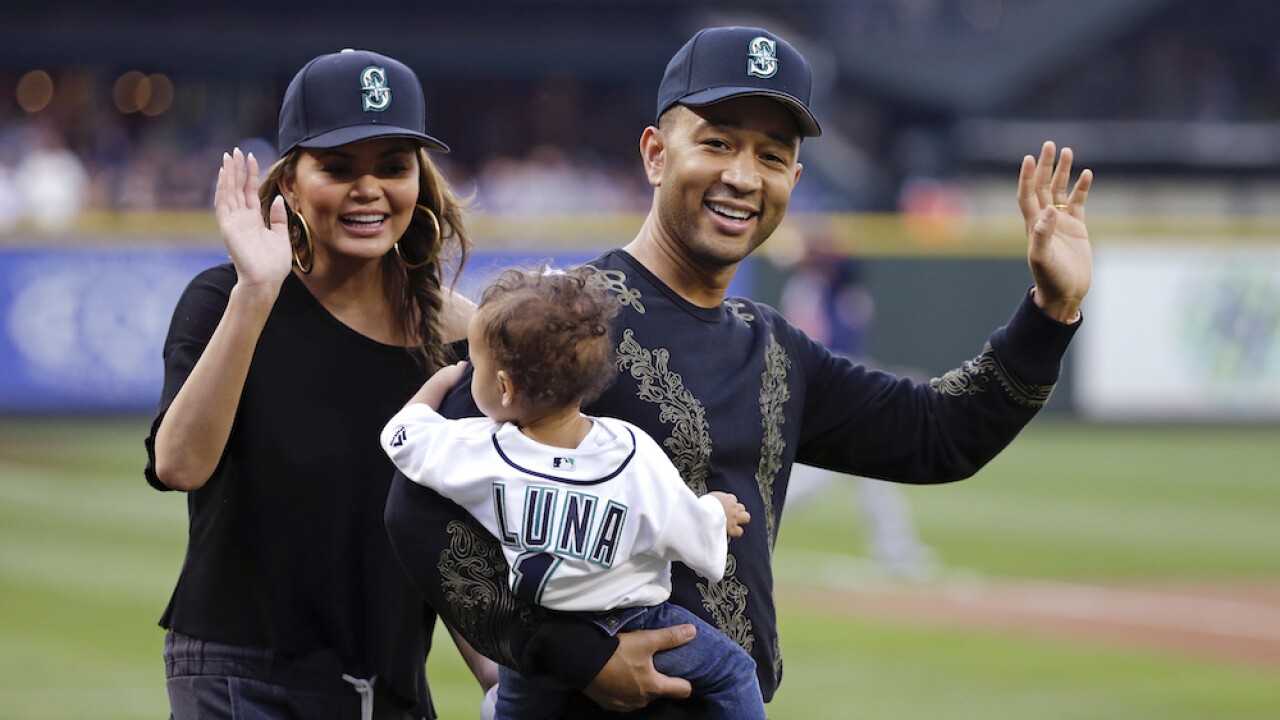 Copyright 2017 The Associated Press. All rights reserved.
Elaine Thompson/AP
Entertainer John Legend, right, and his wife Chrissy Teigen waves as they walk onto the field with their daughter Luna Stephens before the family threw out the ceremonial first pitch before a baseball game between the Seattle Mariners and the Minnesota Twins Tuesday, June 6, 2017, in Seattle. (AP Photo/Elaine Thompson)

Chrissy Teigen's 4-year-old daughter Luna melted hearts around the world Monday when she paid tribute to her unborn brother with a gift.

On Oct. 1, Teigen shared that she had suffered a miscarriage at 20 weeks. She and husband John Legend would never meet their third child, a son they had named Jack.

On Monday, Teigen shared that the family had received Jack's ashes, and Luna decided to honor her unborn brother with some gifts.

In a video posted to Instagram, Teigen said that Luna had placed a therapy teddy bear next to Jack's remains to keep him company. Luna also left her brother a snack — a piece of Pirate's Booty popcorn.

Teigen called her daughter's gesture the "cutest, most beautiful thing I've ever seen."

"we try to explain things well and answer every question imaginable in a beautiful, spiritual but literal way," she wrote in her caption. "I know this is a weird post but I just wanted to share these to always remember my incredibly empathetic little mini. life is infinitely better with her in it. I miss u, jack. we miss you a lot."

Teigen has inspired many by sharing her thoughts and feelings throughout the grieving process since Jack's death. Shortly after her miscarriage, Teigen posted photos of her weeping from her hospital bed. Weeks later, she said she felt the need to share the photos to help those in need.

"I cannot express how little I care that you hate the photos. How little I care that it's something you wouldn't have done," she wrote in a blog post. "I lived it, I chose to do it, and more than anything, these photos aren't for anyone but the people who have lived this or are curious enough to wonder what something like this is like. These photos are only for the people who need them. The thoughts of others do not matter to me."

Teigen's openness about the grieving process hqw served as an inspiration to mothers around the world who have also suffered pregnancy complications. Stigmas remain regarding pregnancy complications, despite the fact that the American Pregnancy Association reports that 10% to 25% of known pregnancies end in miscarriage.