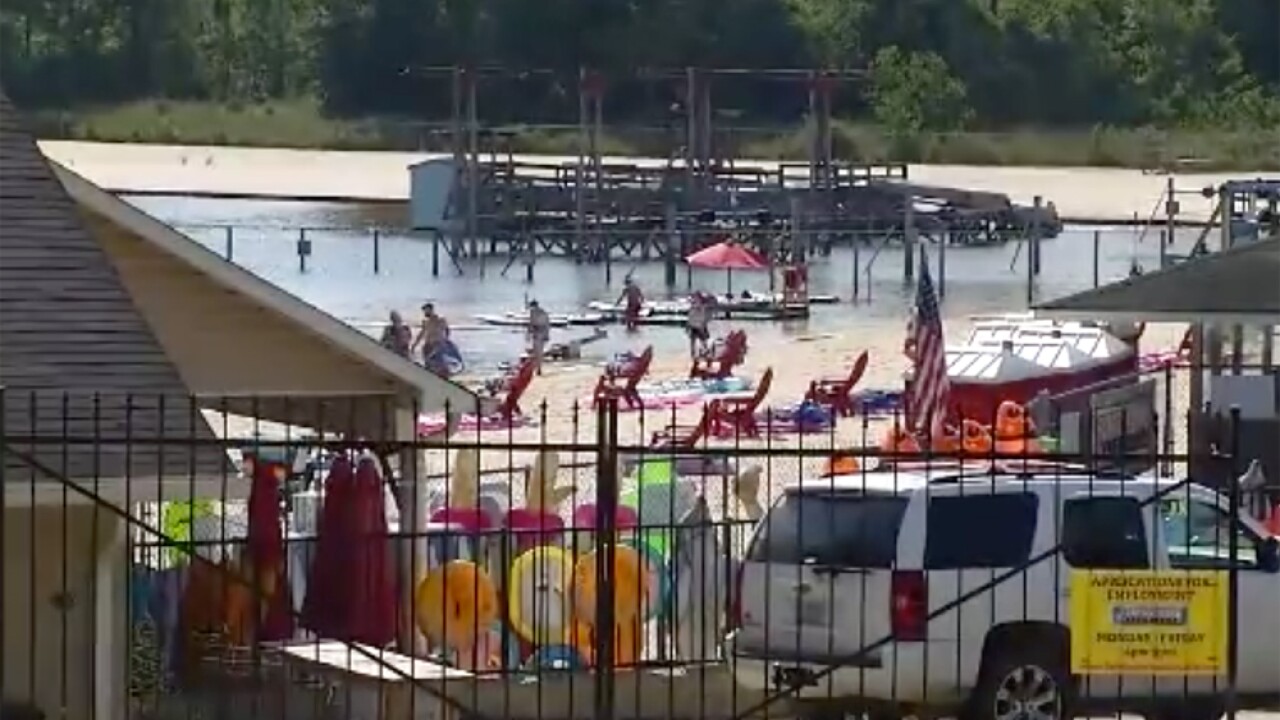 (CNN) -- A brain-eating amoeba has killed a North Carolina man who was swimming at a water park.

The victim, Eddy Gray got sick and died after swimming at the Fantasy Lake Water Park on July 12, according to CNN affiliate WTVD .

His family has asked "for privacy and respect during this difficult time," his wife's attorney, Justin Plummer, told the station.

The single-celled organism is found when freshwater has higher temperatures and lower levels, typically during extended periods of heat, the department said. It can cause its victims severe headache, fever, nausea and vomiting, which progress to stiff neck, seizures and coma.

However, it is not infectious when the water when swallowed. The fatality can come when it is in forced up the nose from summer activities such as diving and water-skiing.

From the nose, the CDC says, the organism travels up to the brain where it destroys tissue.

"Our sympathies are with the family and loved ones," said State Epidemiologist Zack Moore, M.D. "People should be aware that this organism is present in warm freshwater lakes, rivers and hot springs across North Carolina, so be mindful as you swim or enjoy water sports."

The park is working with local health officials to notify and educate people about the presence of the amoeba.

In areas where the infection is more common, officials recommend holding your nose shut or using a nose clip as well as avoiding digging up sediment in shallow areas.

Though serious and scary, infections of the amoeba are rare, according to the department. Only 145 infections have been identified in the US from 1962 to 2018.