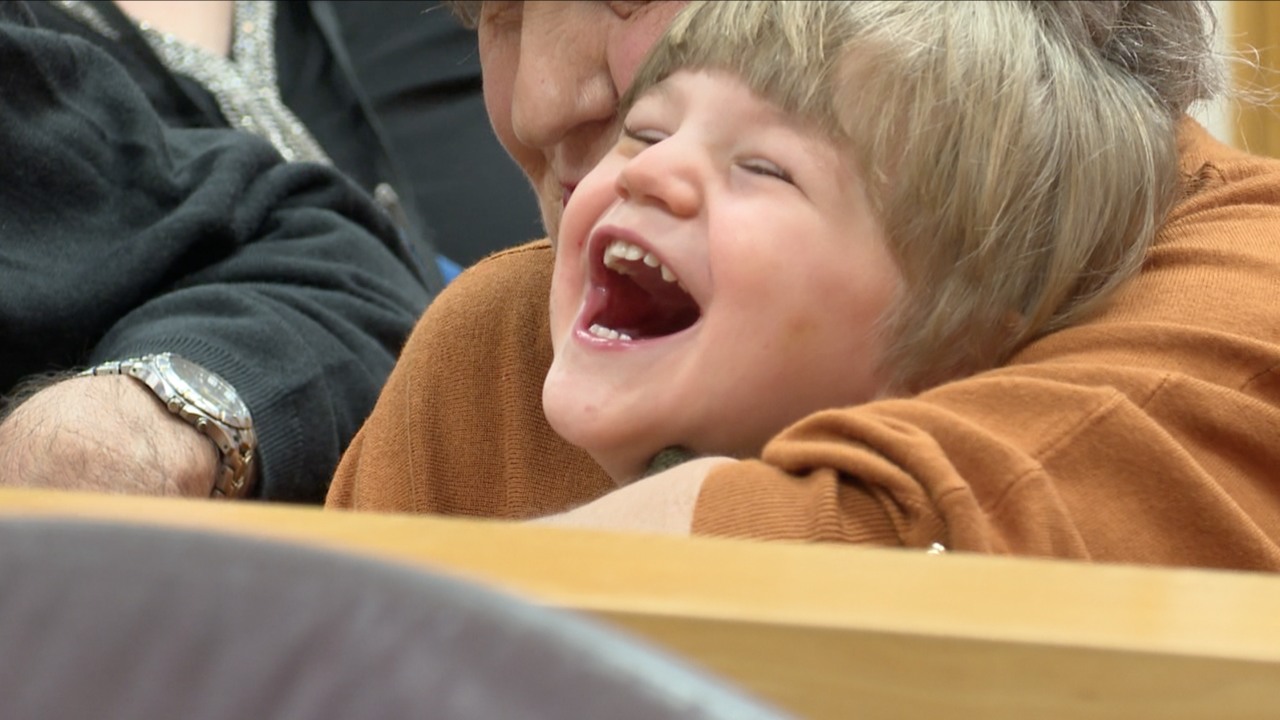 At age 68 and 75 years old, Jane and Darrel Eagle never imagined they'd be raising a 2-year-old, yet they were among the families adopting Friday.

“This is a special situation,” Jane Eagle explained. “He has disabilities and we just need each other.”

The Eagle family raised their four biological kids. Then, they became foster parents of 25 years after adopting four children with disabilities. Now, as most of their friends retire, they're welcoming 2-year-old Ryland to the family.

“You think you’re giving, but they give to you. They just make your life so full and so interesting,” Jane said with a smile.

“It’s not starting over, we just have continued parenting for our entire lives!”

Many more children are waiting for their turn to be adopted.

Adoption agencies are struggling to find them families before the children age out of foster care.

“We need people to come forward and be there for the kids in our child welfare system,” explained Mariela Ollsen, the Circuit Director of the Guadian Ad Litem program.