Got 3 minutes? Get Fox 4 Weather & Traffic together!
WeatherHurricane 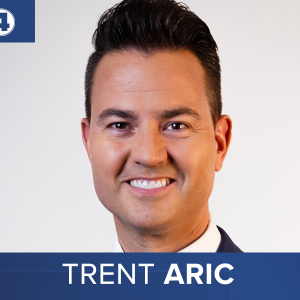 The National Hurricane Center is still monitoring the potential of Bonnie forming in the Caribbean.

CAPE CORAL, Fla. — Potential Tropical Cyclone Two is likely to become our next depression or storm later today or tomorrow. While it does possess tropical storm force winds, the system has yet to develop a distinct center of circulation at the surface, which is why it hasn't been named yet. It is forecast to become a tropical storm today and strengthen while approaching Nicaragua and Costa Rica.

The National Hurricane Center is monitoring two other areas. The first is an area of low pressure off the Texas coast. This system is forecast to move slowly westward and approach the coast of
southern Texas and northern Mexico later today. Some slow development is still possible, and it could still become a short-lived tropical depression near the coast before it turns northwestward and moves inland over Texas later today. Regardless of development, heavy rain will be possible along portions of the Texas coast for the next few days.

A tropical wave located over the central tropical Atlantic is producing disorganized showers and a few thunderstorms. Slow development of the wave is possible while it moves west-northwestward for the next few days. The wave is forecast to move over the Windward Islands late Friday or early Saturday and then over the eastern Caribbean Sea by the weekend, where further development is unlikely due to unfavorable environmental conditions.

This is very unusual to monitor an area this far east this early in the season. Usually, we don't see development near Africa until August or early September. This time of year we watch to our Southwest near the Bay of Campeche and Yucatan Channel for development with the more likely spot for development just to our west over the warm Gulf of Mexico.

If you don't already have our Fox 4 mobile app, you can download it here.