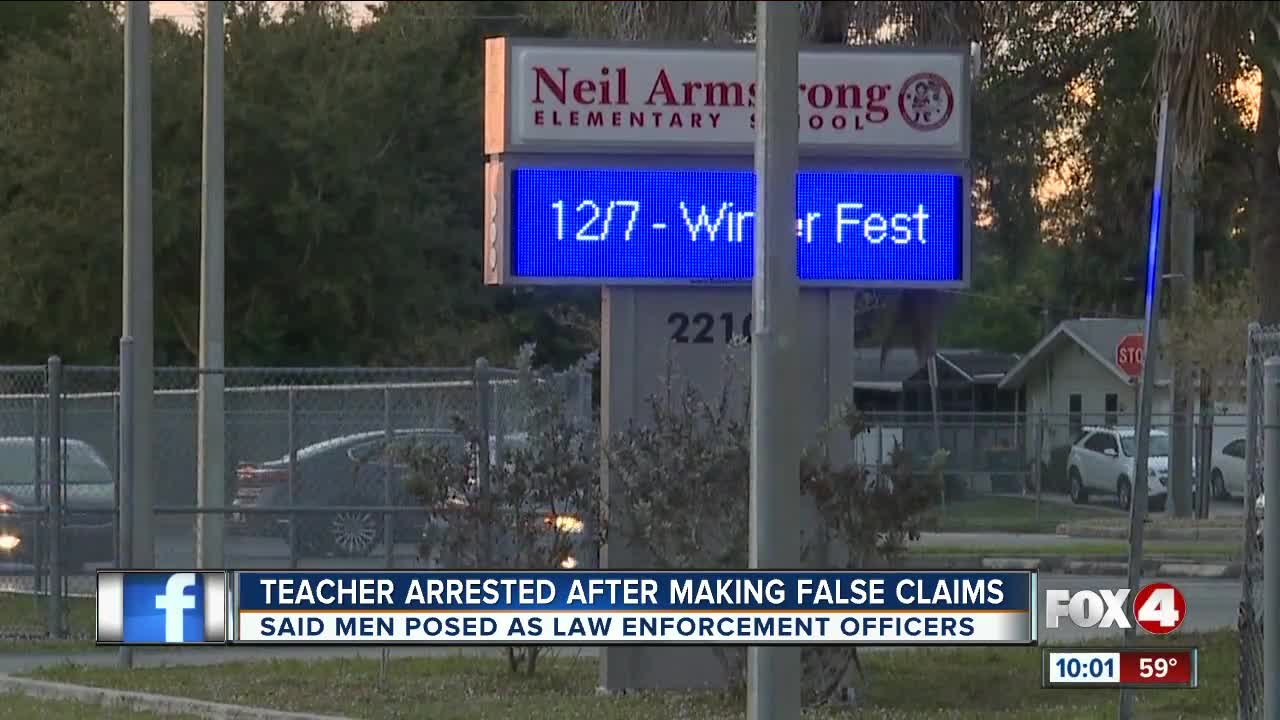 An elementary school teacher was arrested for making a false report about two men impersonating deputies and pulling him over Monday.

PORT CHARLOTTE, Fla. — An elementary school teacher was arrested for making a false report about two men impersonating deputies and pulling him over Monday.

Karter Dale-Erwin Clark teaches at Neil Armstrong Elementary School. According to the sheriff’s office when he was running late for work, he decided to make up a story about two men posing as deputies who pulled him over for a traffic stop,

Mehul Patel, a parent who lives near the school where his son previously attended said he doesn’t want Clark to teach there anymore.

“No. He shouldn’t be a teacher,” said Patel. “Our kids’ future is in their hands. So, teachers telling lies, that’s not good for the future.”

Charlotte County Sheriff’s Office posted on their Facebook page Monday when the false report was made. They said Clark claimed two men posing as deputies in a white car with light bars had pulled him over. According to the report Clark claimed one of them was armed.

“I’m sure we alarmed neighbors by going door to door trying to get surveillance video. And then also the community’s concern because obviously we posted it on our social media channels.”

Heck added the fake report also took away resources from the department.

“The biggest thing is the disappointment that it’s going to be for the children,” he said. “We sometimes talk about holding teachers to a higher standard than other people in the community. And they are. They chose that.”

Clark was arrested on misdemeanor charges of filing a false police report. The Charlotte County School District plans to discipline the teacher once the Sheriff's Office finishes their investigation. As of Monday night Clark is on paid administrative leave. Riley said consequences could be anywhere from a written warning to termination.