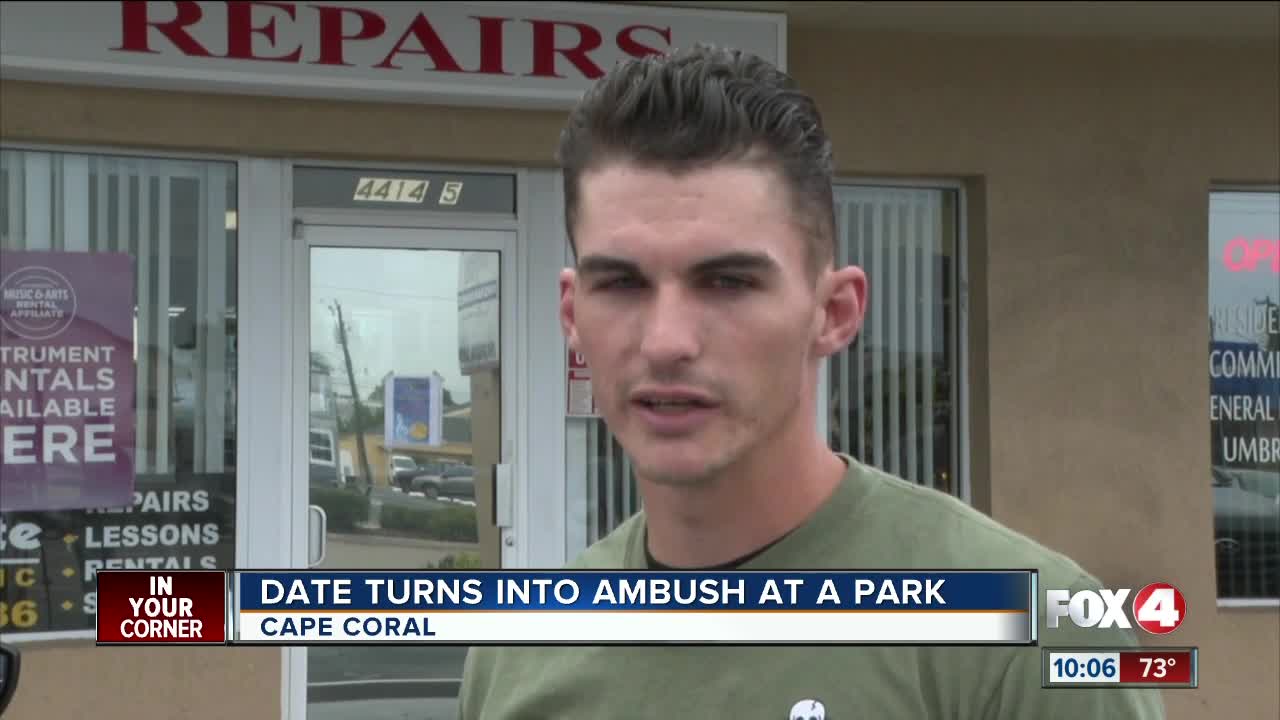 Cape Coral police say a first date on Wednesday ended with a man being ambushed with pepper spray. They're now looking for the people behind the attack.

It happened Wednesday at Horton Park near the midpoint bridge.

The victim, who doesn't want to be identified, was supposed to pick up a woman he met online, but claims when he got there she lured him to a bathroom by asking him to kill a bug.

Once he got inside, he says a man attacked him with pepper spray, injuring his eye.

"This guy jumps out of the stall door, full force, already spraying at me," said the victim.

The victim was able to get away and call police.

Cape Coral police found a can of pepper spray at the scene.