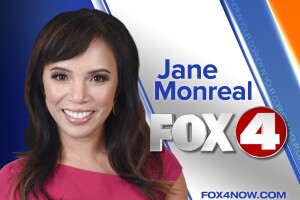 “LUCY!... I’M HOME!” (For you millennials, that’s a reference to Desi Arnaz’s character, Ricky Ricardo on “I Love Lucy.”) Well, that’s how I felt when we crossed the state line on my way to Southwest Florida.

I was born in the Philippines but my parents (wanting more opportunity for their family) settled in South Florida after stops in Canada, New York and New Jersey. I graduated from the University of Miami with a degree in International Finance and Marketing, and was also crowned Miss Asian American – Florida.

I started my news career in radio in Los Angeles on the 24-hour news station, KFWB. After a while, I made the jump from radio to television on the “green screen” at ABC7. There, I reported on traffic, weather and had a franchise segment, the “Top 7.” My job? I just had to try the best burgers, or the best seafood, and go to the cutest boutiques around town. It was a tough assignment. When ABC’s “Dancing with the Stars” became a summer sensation shortly after its debut, I served as the station’s resident dance expert. Yes, I was a competitive Latin ballroom dancer. As a reporter in “La La Land,” I also had my share of interviews with celebrities. After helming the inaugural live webcast of the Academy Awards Arrivals show, I subsequently co-anchored “On the Red Carpet” which aired in over 100 countries every year during the Oscars.

My career has since taken me across one time zone at a time – Denver, to Corpus Christi, and most recently, Kansas City. I’m finally on Florida time, where my passions for yoga, dance and golf can find their happy place.

My firefighter husband and I also love to watch movies and travel as much as possible. We might just have to put those beach destinations towards the bottom of the bucket list now that we have the awesome gulf beaches in our backyard.

Do you have a story idea? Or, just want to say hi?