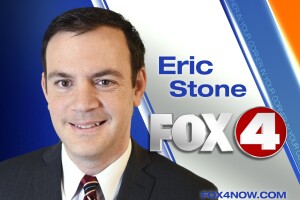 I spent my early childhood years in Cherry Hill, NJ which is about 45 minutes east of Philadelphia where I was born. My family and I moved to New Hampshire when I was 11 on beautiful Lake Winnipesaukee in Laconia which is about 2 hours north of Boston. I joined Fox 4 in November of 2018 as a weekend meteorologist. Prior to working here I was the weekend/midday meteorologist at WINK right here in Fort Myers for over 4 years. I started my career on television at KSTU Fox 13 in Salt Lake City in 2000 as a weather producer/forecaster. I soon progressed as an on-air meteorologist at KSTU before moving to sunny southwest Florida. Also during the 12 years I lived in Salt Lake City I also took weather observations at the Salt Lake City International Airport for the FAA.

I earned dual Bachelor degrees in both meteorology and applied mathematics at Plymouth State University in Plymouth, NH about 30 minutes north of Laconia. I then moved to Salt Lake City where I attended the University of Utah and earned my Master's degree in Meteorology. I earned the AMS seal of approval in May of 2009 while working at KSTU in Salt Lake City. In April of 2014, I earned the Certified Broadcast Meteorologist (CBM) seal of approval from the American Meteorological Society. I've always been interested in both winter and summer severe weather and have been known to chase after a storm or two. I traveled to Joplin, MO and Tuscaloosa, AL to survey tornado damage when moving from Salt Lake City to Fort Myers.

In my spare time I love to bowl. You can find me bowling on a couple leagues per week in both Fort Myers and Cape Coral. I've also gotten into competitive pinball where I started at a local pinball club in Fort Myers called the Pinball Asylum. I won the North American championship in 2017 before competing in Denmark for the World Championship. I've traveled to many parts of the US and finished 5th in the World Championship in Toronto, Canada. As of December, 2018 I achieved my highest world ranking of number 3 in the world in pinball. I also love going to the beach and soaking up this beautiful southwest Florida weather.