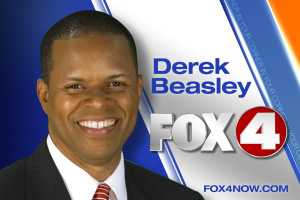 I received my B.S. in Meteorology from the University of Oklahoma (BOOMER!) and received an M.S. degree in Geosciences with an emphasis in Broadcast Meteorology from Mississippi State University. I hold the Certified Broadcast Meteorologist (CBM) seal from the American Meteorological Society (One of the first 100 seal holders in the country) and the Seal of Approval for Television from the National Weather Association. I also storm chase in my spare time, with many years of experience chasing tornadoes and winter storms in the Great Plains and Southern U.S. and hurricanes on the Gulf Coast and Atlantic. I've witnessed several historic storms including Hurricanes Katrina, Ivan, Isabel, Irma, Irene, and most recently, Florence.

In my spare time, you'll find me doing anything from exploring Big Cypress Preserve or the Everglades, working on my cars to spending quality time with my wife, Lauren, and son, Xaiden.