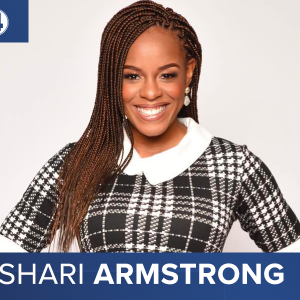 I'm the Southwest-Florida girl who wanted to leave this area as soon as I could!

Diane Spears, one of the first Black nurses at Lee Memorial Hospital, uses her story of climbing the ranks to inspire hope within the community.

FORT MYERS, Fla.  — In our Living the Legacy series, FOX 4’s Shari Armstrong spotlights people in our community who actively enhance our community - following in the footsteps of leaders like Dr. Martin Luther King, Jr.

By now, you’ve probably figured out that life doesn’t always go as planned.

Diane Spears says she’s know that all too well.

“I was very young when I had my first baby. I didn’t feel that I was worthy of looking someone in the eyes cause of the mistakes that I had made.”

Spears and her now husband, Clinton, had their first child when she was 16.

Spears recalls waking up early at their home in Fort Myers to wait for a bus that would transport the couple to the outskirts of the city and Immokalee.

That’s where they worked as migrant workers.

While Spears says they were grateful for that line of work and made the most out of it, she says it often motivated her.

“I can remember sitting looking out the window thinking ‘one day my life’s going to be better’”.

As the work migrated north, Spears sought other work in Southwest Florida.

First, she found it at a local laundromat.

But, she says it was an application submitted at a local hospital that actually changed her life.

What Spears lacked in confidence, a team member at Lee Memorial saw in her potential.

She was hired as a patient care technician.

“I didn’t even know what that was.”

But she says it didn’t matter.

What mattered was that someone believed in her.

“That’s what helped me begin to know that I had some value and worth.”

After acquiring the position, Spears would eventually attend nursing school.

She soon became one of the first Black nurses at Lee Memorial Hospital.

She leads the Medical Infectious Disease Unit and the Discharge Lounge in Fort Myers.

But her impact goes beyond the walls of Lee Health.

When she’s not spending time with her family -including her 12 grandchildren - she’s often spotted around Southwest Florida.

Spears is actively involved in planning, organizing and facilitating health clinics, events and forums throughout the area.

She doesn’t hesitate to emphasize the power of representation.

“They trust us. When they see us, they can trust what we’re saying.”

Part of her advocacy includes teaching patients how to advocate for their own health.

“We gotta train our people to not be afraid to ask questions.”

She says her success is made possible -in part- by others believing in her.

“Someone has helped me all the way down the line.”

That’s why she hopes that in addition to challenging people in the community to take charge of their health or to help them get better, she hopes to remind them of something more:

“You are worthy.You have so much to offer.”